Home > Article > We Avoided a Breakup by Writing Down Our Problems

Our relationship was harmed with a series of small cuts, and if we had to read aloud all our messy feelings formatted in neat bullet points, it was worth a try.

An essay series exploring the explosive, unexpected, or long-overdue fights that change our relationships for the better.

My boyfriend sat on the opposite end of the bed, watching me in the hyperattentive way a person does when they're anticipating a breakup. After coming back from a weekend trip where we had a fight, I told Brad we needed to talk the next day. Because we didn't live together, that meant both of us going to our respective jobs and quietly panicking for eight hours because neither of us really knew what this talk would be about. Opening my laptop to pull up a 941-word Google doc titled, "to talk about" as he looked on, I still wasn't sure what would happen.

Did I want to end things? I had cried in the bathroom at work six times that day. I knew he was coming over later, but I still wasn't sure what to do. I texted my best friend a frantic "IDK is this it? Should we just call it quits?"

"I support whatever decision you make, but I would have a conversation first," she said. "Maybe write what you want to say down?"

I didn't have a cohesive argument against the relationship, so I opened up a Google Doc and added notes to it throughout the day-a little at work, a little on the subway home, a little before Brad came over. I expected to come out with a breakup speech, but it came out as a bulleted list of micro-issues that piled up over time:

Was I really going to break up with a guy who framed an Ask Polly quote as a birthday present because he knew I loved that advice column so much... just because he sounded annoyed when he said, "I don't know what you want," that one time on vacation in New Orleans? Was someone who texted me so often, who knew close to everything about me, really incapable of listening to the most important things I had to say? Though I loved him, the natural conclusion seemed to be, Well, we tried.

I was still working on my list when Brad came over. I noticed some themes: I didn't always feel loved in the way I wanted to. I was actually really angry, and I had been for a long time. Once we both plopped onto the bed, I shakily asked him if I could just read everything without being interrupted. He nodded and kept his word. By the end of reading the list back, I was sobbing harder than I ever had during our relationship.

But as distressing as my list was, making it and reading it with Brad calmed me down a lot. I needed to really talk about what continually bothered me, and after writing down everything I wanted to say, I had a better idea of how to do that. I didn't have to search for the right words or blurt out things I knew weren't really fair or true. I also didn't get quiet because I was upset, making him worry about how to fix it, and resolving absolutely nothing. 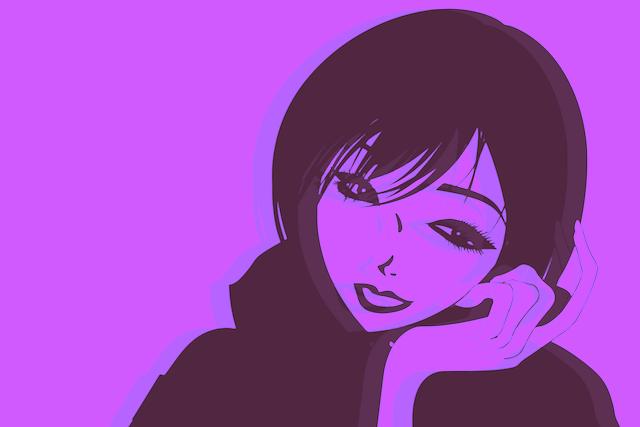 When I finished, we hugged, but he still seemed tense. "I actually have a short list, too," he said, pulling out his phone (and reminding me of how freakishly similar we are). Even more weirdly, his points seemed like direct responses to my own:

"And," he finished, "I interrupt you to tell you I've heard a story before because I wanted to show I did listen the first time. But I totally get it. I won't do it anymore."

If we laid our lists together side by side, you'd probably be able to draw little lines connecting my points to where they met his. Reviewing everything we said, we saw that our cyclical, never-truly-resolved mini-fights was inevitable. One tiny gripe fueled another, so even our good times were clouded with worry, and we became experts in mischaracterizing each other.

We hugged again, this time more deeply. I finally felt like I understood how to truly talk out an issue-not just call it out for two minutes, then skirt over it out of fear of spoiling everything. Our ideas of being upfront were, in fact, very avoidant, and that steered me toward what I thought before I made my list: that the only solution was a breakup.

The lists weren't an instantaneous cure-all for our problems. I still had doubts, and part of me worried that maybe these issues were systemic of a larger incompatibility between us that we were just dodging out of fear. More strongly, though, I felt our relationship was harmed more with a series of small cuts than a fatal blow, and that if healing them required unrushed private time to read aloud all our messy feelings, formatted in neat bullet points, it was worth a try.

A year later, we live together, which is basically a petri dish for small resentments to quickly multiply into irreparable ones. That has yet to happen. We've had moments of discord, but if one of us does something that hurts the other's feelings, we talk about it, no matter how fleeting the problem seems-because, for us, it never is. When I pointed out every time Brad put his shoes in what I deemed was "the wrong place" and made him feel like he was perpetually messing up in his own home, we laid on the bed and hashed it out. When I got frustrated that we weren't going out on dates as much as we used to or felt like we saw each other less since moving in together, we talked it over on the couch and he started going on morning jogs with me. I appreciate the way he calmly says, "Yes, you did tell me" when I ask if he's heard a story already, and he likes that I text him ahead of time if I can tell I'll probably be late. As for those much stressed-over trips together: Because we're both the types of people who want to see as much as we can, we created a very Type A system in which we both fill out a color-coded Google Map so the burden of figuring out the details doesn't fall on just one person.

Tackling what might feel like a small issue- really, really digging into it -makes me aware, as everyone likes to say, that "relationships are work"-which, now, I'm grateful for, because the effort we're putting in, we're making in order to stay together. When Brad and I ask for what we need and try to give it to each other, it feels more like love than instantaneous, perfect, conflict-free alignment might. Knowing that we can each listen to and, in small but meaningful ways, genuinely change for each other has been restorative. It makes everything we wrote down seem less like our lists of grievances, and more like a guide of how we can love each other in the ways we each need to be loved.