If you send someone a picture of your titties, your life is over. It doesn't matter how fat, round, or swinging they are. If you text 'em to someone, you've ruined everything. You won't get into college, you'll never get your dream job, and your would-be husband will leave you at the altar after being told, last-minute by some third-cousin-once-removed narc, that you are none other than She Who Sent the Sext.

This is... obviously not true. People sext and survive every day! But people still cling to their slut-shaming logic, no matter how regressive and just plain unproven it might be-people like Nancy Pelosi. 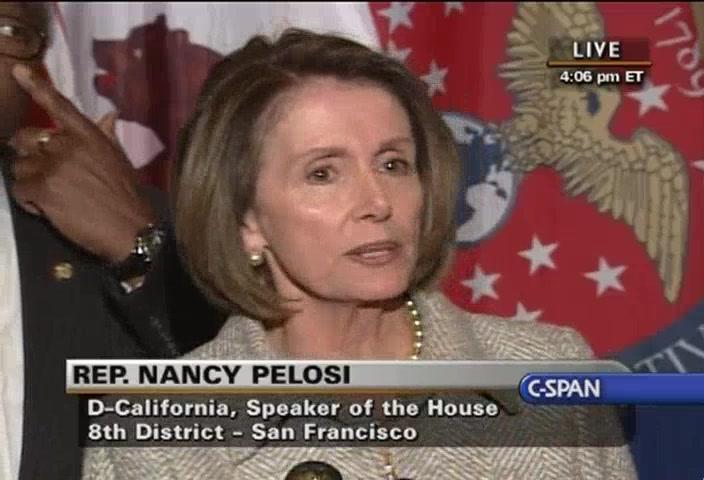 Hill, who took office in January, announced her resignation on Sunday following what she calls "a smear campaign" led by her "abusive [estranged] husband" and right-wing blogs like RedState that involved

/p>a nude photo leak and allegations of an inappropriate sexual relationship with a congressional aide. Hill crossed a very clear boundary by actually sleeping with a different subordinate, but Pelosi's big takeaway is the same condescending advice that British comedian Ricky Gervais, Fox News anchor Steve Doocy, and a number of public figures gave following the 2014 iCloud photo leaks in which a number of female celebrities' nudes were released to the public without their consent.

On top of being backwards and misogynistic, Pelosi's focus on Hill's nudes is also incredibly out of touch with the way an increasing number of us live our lives. A 2014 study found that nearly half of all people had sent or received a sext, and that was in 2014! There's no way that percentage hasn't gone up. Taking pictures of yourself is a deeply normal activity, and so is taking nude pictures of your nude self.

It might seem unthinkable to someone of Pelosi's age, who grew up at a time when she couldn't document her hot bod in the privacy of her bedroom, but that's the only world that an increasing number of Americans know. Why continue to demonize something everybody's doing, rather than making an effort to break that stigma before it can build up?