Home > Article > If You're Coming to London On Holiday, Don't Stay Here

What is it? Well, it says here it is a "holiday cottage", but unless whoever is renting it is anticipating some sort of legalisation of assisted death in Swiss Cottage, and an ensuing tourism boom immediately following it, to die, then I'm really unsure how many holidays exactly will be fondly remembered as being had here;
Where is it? Swiss Cottage, a sort of Hampstead/Camden crossover event named after a Swiss-style chalet in the middle of it, which has now been converted into a Sam Smith's. They say gentrification is bad, right? And that the capitalist throttle of various chain pubs is killing our culture. But frankly, turning an iconic London building into a half-shit pub to sell Alpine Lager out of is extremely, extremely good. More of this sort of thing. Turn the Tower of London into a Spoons, imho;
What is there to do locally? Just checked Time Out and you've got a two-star rated Singaporean restaurant ("Everage food. terrible service. waitresses are very rude. they leaned us and whispered -maybe chinese language-. i was asked where is toilet. then waitress cutting me off, even not look at me, just point the door . I was spend 80 . but im not full and very upset about their manners. I don't want go again." - Shannon K., February 2015. Good that people who can't spell the word "average" are allowed to publicly rate restaurants) and a one-star rated climbing wall ("the instructors were impolite and had no organisation" - Sam I., November 2014.). "How was your holiday to Swiss Cottage?" "Good, yeah. I had a £15 plate of prawns, wasn't allowed to piss, then fell to my death off a climbing wall."
Alright, how much are they asking? £1,000 pcm, roughly

It is holiday season, and if you are anything like me (the entire rapport of this column is predicated on the fact that we are fundamentally similar! That the building blocks of our lives overlap to become shared experience! You must be like me, or you can't like me! Tell! Me! I! Am! Good!) then you have already trudged to an affordable European city within a two-hour flight radius and bunked up in a kind of semi-shitty Airbnb. You know, practical. It has a kettle, but you do not use it. It has a single bed and aircon and it is fine. Is it nice? No, not actively.

But you don't plan on being in the place that long, do you? You don't need nice when you're pissed on Aperol Spritz. It is basically just a place for you and your mates to sleep and shower and keep your clothes in. And then: lo, out into the streets of Bologna! Allora, let's hope the Ryanair flight home isn't too delayed! Really need to not get pissed at the airport and go to the office tomorrow stinking of beer and suncream off of three hours' sleep! Already on my second strike at work and absolutely don't need a third!

So yes, it is holiday season, and while you are planning a trip to Portugal ("Drugs are legal, lads! Let's try smack!") or France ("You know for lunch they just eat cheese?") or Croatia ("PINTS COST A POUND"), citizens of those countries are flooding here to us. It seems insane, doesn't it, when you live in a city day-in, day-out - the old routine of Pret lunch, piss-grey rain and a delayed commute home on a 38 bus - that people would come here to visit it, but they do, cooing at the London Eye, the Houses of Parliament, Clippering along the Thames, drinking frothy pints of beer in ancient central London pubs, walking very slowly along central London pavements, unfolding marquee-sized maps outside of crowded ice cream shops. But they do, and they have to have somewhere to stay. And, uh... uhhhhhh? Guess they can stay here? 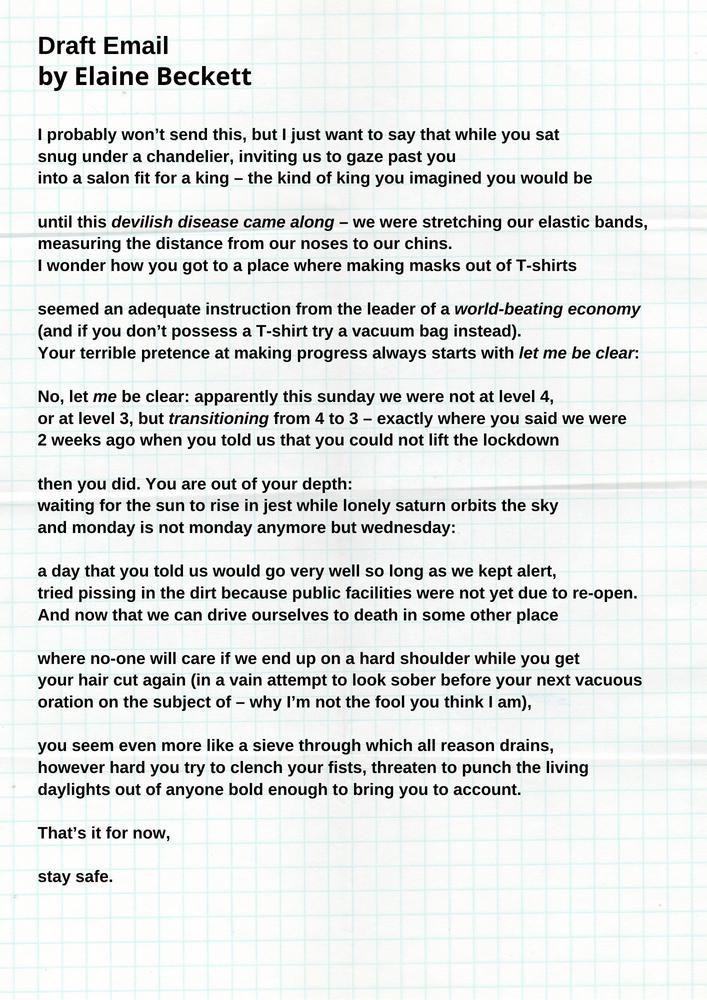 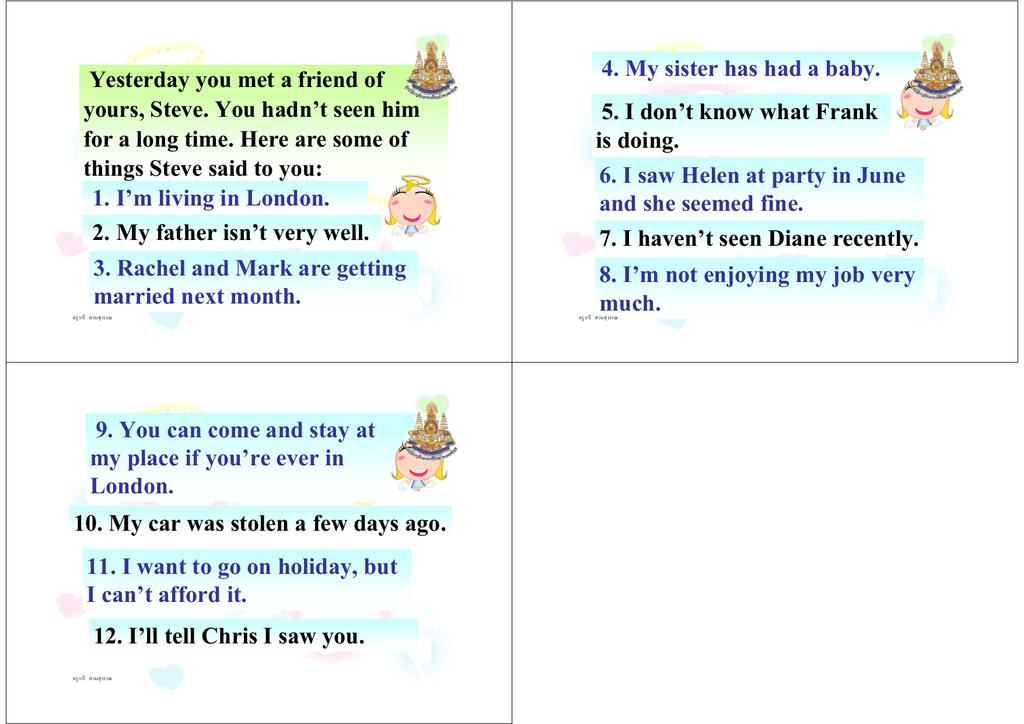 Here's your bedroom, which is an alarmingly fat sheetless mattress on a single bed frame. That is wedged next to a small round table that overlaps the sofa I think my granddad died on in the 1970s, which faces the view of "one wardrobe, one chest of drawers, quite an intimidating amount of veneer" and has the usual London shit-hole accoutrements: a trailing extension wire, some curtains that look like they smell of scalp, a shelf-like piece of furniture with some keys on that look like they could be exploded apart with one soft kick. We have seen these one hundred times, one hundred-million times.

Then the kitchen, which is: sink, two-hob over some sort of custom-cutout wooden prop, a bit of shelf that has gone mouldy down one side and fallen off, cupboard door that has been fitted incorrectly so it overlaps the work surface, and a fridge I would bet cash money contains at least one ominous slime.

The bathroom is just a bathroom - how mad can you get at a bathroom! - but it does look like it was last redecorated when Chris Tarrant was a children's TV host. It also has the exact same tiling as the kitchen and, due to the head-spinning geometry of the blurry estate agent photos of both sections, I can't be 1,000 percent sure it isn't just two ends of the same room. It's London, baby! We shit in our kitchens now!

But this whole place is indicative of a more overarching summer rental trend, which is: unrentable shit-holes spruced out as holiday homes to be sold to unsuspecting travellers. Gumtree can't move for them right now: shitty studios with the price pumped up even more, to a weekly holiday-type price point, rented by the week or month to anyone who wants to spend a bit of time in London this summer and isn't too bothered about a double bed.

Is that fundamentally, morally bad? If you ask me, "yes"; but at its absolute core, sadly, "no". But there is a reality that underpins this: once the tourists shrink out of London again, once the coaches stop creeping into Victoria, these shit-holes still exist. The listing this was under hasn't been updated properly since it was last shilled as a common-or-garden grand-a-month studio shit-hole, so reads "Minimum term 6 months" (and, at £260 p/w bills included, comes out about £1,092 a month).

Once the glamorous Europeans have left Leicester Square - in their bumbags and their T-shirts! With their deep tans and their artless sunglasses! With their three haircuts at once and their intricate hair gel routines! All those beaded bracelets! - crap shit-holes still dot the city, waiting for someone unsuspecting enough to rent them out. If you need somewhere no-frills to stay in the city this July while you focus on taking photos of the Queen's house and getting shitfaced: cool, fine, OK. If you need somewhere to actually fucking live once the dust has settled: maybe don't pay north of a grand a month to barely exist in Swiss Cottage.