The streets of Geylang are less seedy, but is that a good thing?

Singapore's seediest neighbourhood looks downright tame these days. Geylang, a neighborhood northeast of Central Singapore, has long been associated with sex work and other versions of assorted vices. When I was growing up, it was a place of cheap thrills and broken rules. Illegal sidewalk gambling tables (typically sic bo or shells) would appear and disappear to the rhythm of police patrols. So-called "freelancers"-sex workers without an affiliation to any of the neighbourhood's licensed brothels-would walk the sidewalks. And enterprising smugglers would sell untaxed Malaysian cigarettes under the cover of darkness.

Today, it's still the tiny, buttoned-down city-state's biggest "licensed" red light district. But something's also changed in the last decade or so. Geylang's streets are quiet. The freelancers are mostly gone. The pimps, men who used to linger on the sidewalks and pull passersby in with a few choice words, have vanished. Same with the gamblers and thrifty smokers.

What happened? If you're like me, you probably thought it had something to do with an increased police presence or a change in the law. A man who told VICE he has worked in the Geylang sex industry for decades said exactly this-that a police crackdown on the illegal, unlicensed sex workers who used to congregate on the streets had a wider impact on the neighbourhood, affecting legal sex work establishments as well.

Watch: How to Treat Strippers, According to Strippers

But there's another reason behind the changes in Geylang: smartphones. Prostitution, like nearly everything else, has moved online in Singapore. And the Singaporean government, never one to resist regulation, has responded in kind. The city-state isn't issuing new licenses for brothels, but it will register an "escort service," that connects customers with sex workers.

The government believes that making sex work illegal will only push it underground into a dangerous and unregulated black market, so selling sex isn't illegal, but profiting off another's decision to sell sex is. That means that these agencies collect a fee for a list of services that reads more like an internet marketing company than an escort agency. While these services offer to connect sex workers with their clients, they are also well-versed in Search Engine Optimization and content creation. They also know the loopholes to circumvent laws that should, on paper, render these same companies illegal. 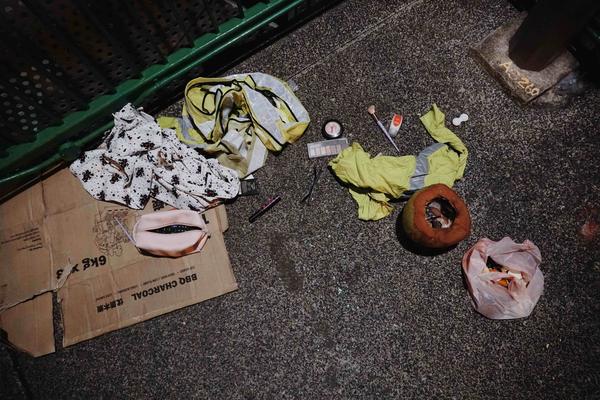 Today, cat baths sit alongside offers by sex workers to sell nudes, used panties, and private webcam sessions. The internet-and social media (a quick search of #sgescort" or "#sgmodel" on Instagram shows that sex work is no longer the realm of sites like Backpages alone)-has made it easier than ever before to sell sex. 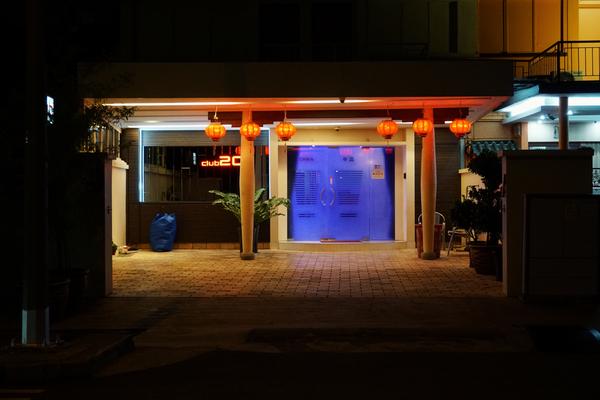 But is it safer?

"I made the switch [from street work to online prostitution] a long time ago," said Lesley, a sex worker who now offers her services almost entirely online. "Safety-wise, it's no different either way, but online clients normally pay much better and are of a better 'calibre' or crop."

But she also shared some downsides. "However, doing this online can leave one more vulnerable and it can be trickier than street-based work, since we can't see the person beyond the back-and-forth texting and telephone conversations," she said. "There have been entrapments by police plus heaps of pranks, which make us feel demoralized and super cautious as a result. Income-wise, it's subjective depending on how industrious, patient, and persevering I am, plus if lady luck is on my side."

This shift could also be putting some of the industry's most at-risk women in even deeper risk, explained Vanessa Ho, the project director of Project X, an organization that champions sex worker rights and the de-stigmatization of their trade.

"Migrant sex workers tend to be the target of scams and blackmail more often than Singaporean sex workers," Ho told VICE. "There have been many reported cases of scammers posing as police officers to extort money from sex workers. So far, we only know of one offender who has been charged in court, and the syndicates responsible for these fraudulent schemes are most likely still active."

Meanwhile, Singapore's laws tend to focus more on preventing the spread of HIV and STIs than the welfare of sex workers, said Nicholas Harrigan, a sociologist who has worked closely with Project X.

"With clients, they face problems of clients who are violent, refuse to use condoms, and who don't pay," Harrigan said. "The police, in general, offer little protection for sex workers, and tend to be mostly concerned with policing the sex workers. Police use the carrying of condoms as evidence of soliciting, which makes sex work more dangerous."

"Authorities in Singapore, to the extent that they engage with health issues of sex workers, tend to just focus on protecting wider society from the spread of STDs," he said. "[This], rather than dealing with the immediate issues faced by sex workers, like violence and inability to access justice and the law."