I'm not gonna lie to y'all. I've written a lot over the years, but, for the most part, I've avoided talking about The Big Stuff.

By that, I mean how I grew up, what my relationship with my family was (is?) like, how I came to *be*, and what the hell I'm doing with my life at present.

(No, surface-level sh*tposts on Twitter don't count. Thank you, TweetDelete for saving my future self from my past and present self's angst. Best $15 I ever spent.)

There are a lot of reasons for this. But, for me, what it all boils down to is the fear of what my mother would do.

But you know what? It doesn't matter anymore.

I haven't lived at home in over a decade. The worst thing that could happen to me - that I would be unable to speak to or be there for my younger sister - is no longer a credible outcome, at least not as the result of parental involvement.

This story - my story - is one of several that you can expect throughout the month of September.

In honor of Sexual Health Awareness Month, we'll be sharing powerful stories of reclamation, exploration, and growth all month long.

The thing is, I'm not straight. I don't remember a lot about my childhood, but I know that I never really "came out." Not to myself, not to my friends, certainly not to my family - though I suppose this letter is likely doing just that.

It was just a thing that I noticed about myself and that was that. I liked boys, I guess. But I also liked girls, people who didn't feel like those words described themselves, and people who never really thought about their gender at all.

My developing brain didn't see why this was an issue, just that it was something that might drive my mother to make good on her threats to send me to a program for "troubled teens."

That's because, somewhere along the way, many years before I realized this about myself, my mother had already decided that I was gay.

I honestly don't even remember what the first thing that set her off was. For all I know, it could've been that, when I was 8, I wanted her to cut my thick, dark brown, butt-length hair into something more reasonable for Mississippi's scorching summer heat.

After all, your sexuality is determined by the style of your hair, and anything above the shoulders means you're a lesbian, right?

Whatever the case, once she got it into her head that I might be something other than a cisgender God-fearing Christian woman who would one day marry a straight, cisgender Christian man and do whatever it is straight Christian couples do, she never let it go.

Routine outbursts reminding me that I was going to Hell were the norm. Sleepovers with friends that were girls were forbidden, and, later, the possibility of her snagging my prepaid phone to go through my text messages loomed overhead like a never-ending dark cloud.

I even stopped journaling, because I knew that, no matter where I hid it, she would read it, "find something," and send me outside to pick out a switch from the tree.

There wasn't any room for me to be myself - or explore whatever version of me I was trying to parse through at the time. 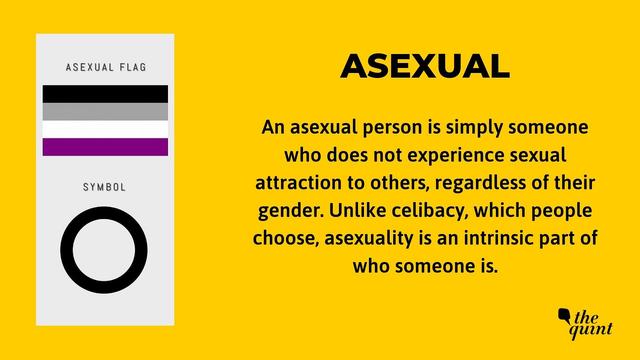 If I wanted to hang out with certain friends, I had to lie about who they were, how I knew them, and anything else that might reveal that their identity and personality fell outside the invisible spectrum of "acceptability" that my mother clung to.

I knew I could never bring some friends to my house, or around my family, because of how they would be treated.

Even though I knew I didn't agree with what my mother thought, that her idea of what was right and what was wrong wasn't rooted in good faith, hearing it day in and day out took a toll.

The slightest overstep - be it as simple as asking to check out the "Pretty Little Liars" series at the library - and I would be exiled to my grandmother's computer room to watch online bible studies for hours on end.

The message? What I liked was immoral, the people I wanted to hang out with were unholy, and I needed to be better or else I'd risk eternal damnation.

Trying and failing to conform to what was expected of me erupted in a number of ways. The balancing act of Christian guilt and perpetual self-loathing landed me in a locked bathroom with a single-edge razor blade and left a range of barcodes permanently etched into my skin.

Disassociation was the name of the game, and whatever could keep me there the longest was a plus in my book.

All I wanted was to get out, but I didn't think I could make it past 18. Between what I dealt with at home, and what I inflicted on myself outside, it was a toss up of which would kill me first.

I won't justify my mother's behavior or her beliefs, but I can't pretend that she didn't have her reasons. Trauma begets trauma, and generational trauma is the gift that keeps on giving.

Yet I'm still here. I moved out of state after high school and somehow managed to scam my way into an undergraduate degree that I'll never pay off.

I made it to the West Coast, where I'm getting by in a city that I can't afford to breathe in. I found a home in my friends and learned how to lean on them.

And I'm finally ready to stop picking and choosing which fundamental parts of myself I share online and IRL.

That's what this year's Sexual Health Awareness Month is all about: standing in your truth and taking ownership of your identity.

Longtime Healthline writer Gabrielle Kassel kicks things off with a deep dive into "second queer adolescence," which is the idea that queer people live their "teenage years" twice.

Catasha Harris, a Black sexual empowerment coach, finishes out the month with her September 20 debut.

Something else on your mind? Our sex and relationships hub covers everything from cuffing during a pandemic and safer chest binding to having an orgasm after menopause, tips for being a better lover, and more.

Tess Catlett is a sex and relationships editor at Healthline, covering all things sticky, scary, and sweet. Find her unpacking her inherited trauma and crying over Harry Styles on .
Tags： sex history