Home > Blog > Why Are So Many Teens Ditching Condoms?

The #metoo movement ushered in an era of activism and openness. Topics that previously felt taboo, like consent, sexuality, and women's pleasure, are being more candidly discussed and posted about across social media.

With this erasure of stigma around some sex-related topics, it might seem like today's young people are growing up feeling comfortable talking about the basics of safe sexual interactions - and beyond.

The decreasing use of condoms in the United States says otherwise.

From 2007 to 2017, condom use among U.S. high school students fell from 62 percent to 54 percent, according to the Centers for Disease Control and Prevention (CDC).

Brittany Badger, director of the Center for Student Wellness at the University of Utah, told Healthline the center surveys students annually, including on condom use.

"Condom use rates are pretty abysmal," she said, "as they are across the country. About half of our students use condoms for vaginal intercourse, and it's less for other types of intercourse."

As cases of sexually transmitted infections (STIs) hit a record high in recent years, encouraging condom use - one of the most effective ways to protect against STIs - remains important.

We talked to three experts to understand why young people are eschewing condoms and hear their ideas for getting teens to reach for protection.

It's not all abysmal education at fault. Significant medical advances have made condoms feel less critical for some people.

Instead of relying on condoms to prevent pregnancy, 60 percent of women of reproductive age use contraception. And birth control is better than ever. Long-lasting options have increased, such as intrauterine devices (IUDs), and many don't need to be taken daily like the birth control pill.

"There's been fantastic developments in finding the treatment and prevention for HIV. In the 80s and 90s, the contribution of the real fear of getting HIV and AIDs [led to a higher condom use rate]," said Alexandra Stockwell, MD, a relationship and sex expert.

has linked PrEP - medication that lowers the risk of contracting HIV - to a decline in condom use.

While experts point to multiple, layered reasons that condom use may be declining, the United States' abysmal sexual education is a clear culprit - if not for downward trend, then a low baseline.

"There are only 13 states in the country that require sex education to be medically accurate," Stockwell told Healthline. She points out that there are multiple states with abstinence-only sex ed - or no sex education at all. 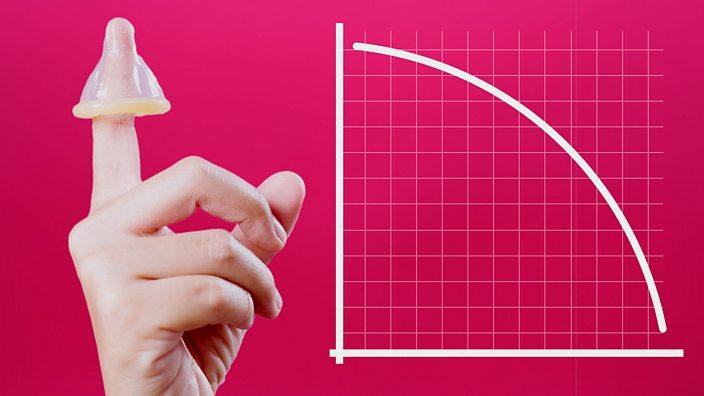 But there aren't many - if any - examples of truly comprehensive sex education programs in the United States.

"Even the best sexual education programs in U.S. middle and high schools don't equip young people to communicate with partners about consent, protection, or pleasure," Stockwell explained. "Many teenagers [are] more comfortable having sex than having conversations about sex."

Grace Mason, an undergraduate student at the University of Utah and founder of Pleasure Pack Delivery Service, which serves the campus with discreet delivery of condoms, agreed that many people have never been taught how to have conversations with sexual partners and feel awkward bringing up using a condom.

Mason noted that college students aren't embarrassed about talking about sex in general. It's those more intimate partner-to-partner conversations that leave people speechless.

Condoms not being used can influence viewers.

Beyond these sweeping changes, experts agreed it's paramount to adjust how we talk to teens about condoms.

Educators and parents need to talk about protection in a way teens understand, and focus on something that teens really care about - not something like potential infertility, which feels far off and irrelevant to teenagers' lives.

In order to remove barriers and get at the why of using condoms in a way young people understand, Mason, in partnership with the Wellness Center, launched The Pleasure Pack program at the University of Utah.

The program delivers a personalized package of condoms and lubricants to students who place orders online, and includes a cheeky and illustrated educational brochure.

Mason said that several health programs or campaigns can feel sterile, so The Pleasure Pack is aiming to make it more fun - as well as be an anonymous and discreet way to get protection in the hands of college students.

"[This program] targets that embarrassment and stigma head-on with discreet ways to access protection, but also teaches people how to have these discussions about pleasure and intimacy, which can often be a missing piece of education," Mason explained.

The Pleasure Pack also integrates information about regular testing and how to access contraception and PrEP.

Less than 1 percent of colleges have this type of sexual health mail delivery program, but they're on the rise, according to Mason.

Not surprising, based on The Pleasure Pack's success.

In just the 1 month since a soft launch, the wellness center has distributed as many condoms as they usually do in an entire semester.

With innovative programs like these, it might just be possible to get people using condoms and talking with their partners about protection again.