Home > Blog > When You Live With and Love an E.R. Doctor, Coronavirus Feels Like an Inevitability&nbsp;&nbsp;

In July of 2019, my fiancé, Darien, officially became an attending in emergency medicine at a hospital in New York City. After four years of an impossibly grueling schedule (on a resident’s salary), he was finally able to live more comfortably. Attendings are effectively the “doctors in charge,” providing residents with final sign-off on treatment, diagnosis, and other decisions. So even though he was working fewer hours, the pressure had actually mounted: When he is in the emergency room, Darien is in command.

Under normal circumstances, a four-year residency—especially the one he completed, which was at a level-one trauma center in New York City—would prepare you for pretty much anything you could imagine. So when news of a suspicious virus first emerged in January, the first thing I thought of was how, exactly, this was going to impact Darien. At the time, cases in New York City had not been reported yet, and while the headlines looked ominous, it was hard to imagine the events of Wuhan unfolding in our own backyard. The virus was deemed potentially fatal to the elderly and those with preexisting health conditions, which was by no means ideal but was not something that warranted urgent panic in the general population.

Given all that information, Darien assured me it was going to be okay, and advised me to wash my hands judiciously. This was, he believed then, something that should be monitored seriously, but not necessarily something that warranted widespread panic. 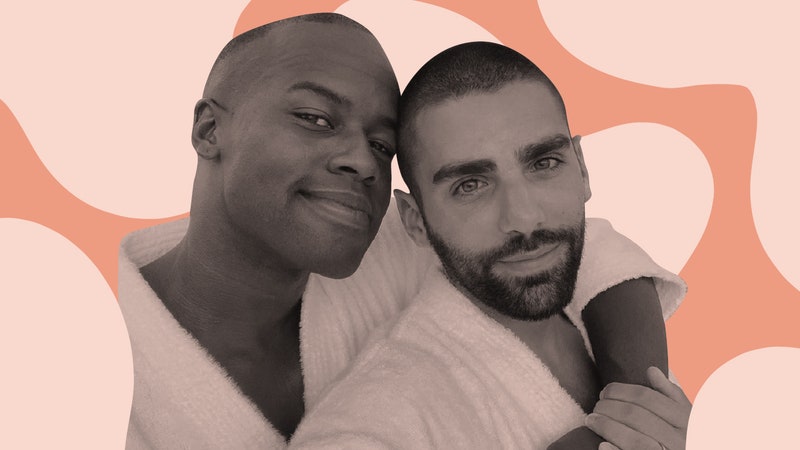 It was just weeks ago that the reports out of Italy started to emerge: Hospitals were being overwhelmed, with doctors issuing urgent pleas for help, and demands for the public to stay home. As the Italian population and government started to comply, the rate of infected patients rose, the death rate climbing with it. Doctors and nur

ses were forced to ration their care, they revealed. Just like in wartime medicine, they were being asked to make decisions about who would get access to the limited ventilators new coronavirus patients needed when they could no longer breathe on their own. Health care providers and public health experts warned us that what was happening in northern Italy was likely just the beginning. This could happen to us too.

My fiancé, normally the picture of steadiness and stability whenever it came to medicine, now looked at me with an urgency in his eyes. We canceled our scheduled vacation to Hawaii; we were now wary of travel, especially if he’d be suddenly needed at work. Some experts were claiming that between 40% and 70% of the population would get new coronavirus (albeit with different symptoms and at varying levels of severity). “I don’t want you to get sick,” Darien said, his tone far more serious than I’d heard from him yet. “I don’t want anything happening to you.” He thought of me first—before what could ostensibly happen to him.

Darien has always been the kind of doctor who cares immensely for his patients. Most nights he comes home from his 12- or even 24-hour shifts and sits right at the foot of our bed, his sneakers kicked off and his stethoscope still swinging around his neck, ready to share the most exciting cases of his day. There was the time he was walking to the bus stop from the hospital when a man had a heart attack, and Darien started to execute a curbside code, then helped the paramedics bring the man into the E.R. (He lived!) There was the woman who started to go into labor in the hallway of the hospital, and Darien finished the job by delivering a healthy, beautiful baby. (He cried when he handed the mother her new son—to this day, childbirth makes him emotional.)