Tina Horn during a performance at MOMA PS1 for Kink Out

How Tina Horn makes 'Why Are People Into That?!' a different kind of safe space.

This article appears in VICE Magazine's Means of Production issue. Conceived of pre-COVID-19 and constructed during it, it explores the organization and ownership of our world.

She peered out at First Avenue through cat-eye glasses and talked volubly about the freedom afforded by working alone, by queerness, by immodesty, by her podcast Why Are People Into That?! "I had a two-hour [episode] about cannibalism with Empress Wu and I still don't know whether we were really talking about eating people or not," she told me with a sly smile.

She forged ahead, now on the topic of golden showers. "If I was trying to pitch that to [a publication] they would be like, 'We need to anchor this.' But if I'm having Empress Wu over to eat salami and talk about slicing off people's dicks and eating them, we can just go wherever we want with it.

"It's a relief that we have a space to speak the unspeakable," she concluded.

A former full-time sex worker, writer ( including for VICE), activist, AVN Award-nominated pornographer, and self-proclaimed obscene nerd, Horn has been consistently recording, editing, and publishing Why Are People Into That?! on her own since 2013, and today boasts a monthly listenership of 30,000, with more than 1.5 million unique listens. Almost all the 150-plus episodes follow the same basic formula: After announcing her theme, Horn gets comfy with her guest, they establish a flirty rapport, and they try to answer the show's titular question.

"I wanted to have something that I was working on no matter what else was happening, that was totally mine, where I didn't have to answer to anybody."

She asked me if I had seen Pump Up the Volume, referring to the 1990 Christian Slater vehicle wherein his character, Mark "Hard Harry" Hunter, secretly broadcasts a searingly honest pirate radio station encouraging his listeners to "talk hard."

"Oh, " she responded. "You must go home and watch this film."

Horn's apartment is almost quaint; the bright, colorful decor and posters suggest an active life in media and advocacy. The prominent bookshelf-teeming with intersectional literature, graphic novels, and a tiny television outfitted with a Super Nintendo-speaks for itself.

"The most important thing to me," Horn said, "is [that guests on YAPIT] feel comfortable having conversations that they don't feel like they can have anywhere else." She has access to a studio, but finds that, "Having people in my living room or being in somebody else's living room... we can get comfortable, and that comfort facilitates those kinds of conversations."

I suggested that the initial phase of Horn's interviews is reminiscent of the negotiation phase in kink and sex work; in laying out limitations and ground rules before diving in, participants are obliged to have an honest dialogue about boundaries. "I fucking love this observation," Horn said.

"Working in fetish and fantasy, and especially working in a house... [I] really don't mind the sort of revolving-door dungeon kind of atmosphere. I'll totally be the person that's like, 'Who's next? You're interested in this? OK, here's my boundary, here's the basics, here's the safety net framework. Best practices. Harm reduction, etc.' That's both how I've learned to trust my gut and also how I've learned to talk to people about what they're interested in and willing to do."

A kink or fetish scene doesn't commence without a clear safeword in place, the utterance of which immediately ends proceedings. Even if never used, the safeword's mere existence allows players to act freely and test their limits.

"Bondage is freedom," Horn said. "You create barriers so that you can really get out there. You're ready to jump out of a plane because you know where your ripcord is and you know someone is going to be there to help you, so you can have the experience you want to have. I'm able to use the tools I have from being part of [kink/BDSM] cultures, and not that many podcasters know how to do that."

By favoring the standards of sex work over those of journalism and allowing interviewees to retroactively go off-the-record, Horn weaves guests a safety net. "If they start down one road and they're like, 'I actually don't want to talk about that,' we can always go back in the room, but also, if they realize later that they want me to cut something out, I always will."

I ask how she chooses topics; she told me that she doesn't. "I choose guests first and then the guest chooses the topic. I've never said, 'I want to do an episode about feet-who's the foot guy to talk to?' Never."

Guests are welcome to prepare as much or as little as they like. All she asks is that they devise a novel way to talk about a given subject and distill the idea down to a word that's scannable on the feed, like "Catholicism," "ince 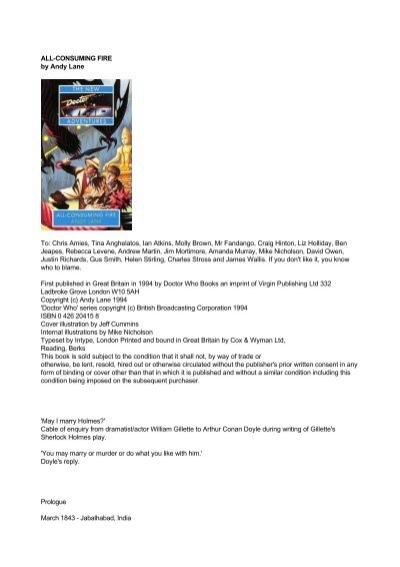 "A few people have asked me: When will you run out of topic ideas?" she said, heading me off. "The answer is obviously never." She continued: "The key thing that someone could say to me is, 'There is a way that I want to talk about this that nobody lets me talk about it.' People can hear that I'm giving them permission to discuss these topics in a way that other forums don't.

It all adds up to listeners essentially playing the role of voyeur to liaisons between Horn and her guests. Listeners don't see the boundaries being established or the prophylactic measures put in place, but their presence is evinced in participants stripping themselves bare, in one thing leading freely to another. "Even when I interviewed Stoya about books," said Horn, "we ended up talking about, like, how she wants people to fuck her corpse."

The need for freedom has forced the dogged Horn into the podcast space, where, as opposed to broadcast radio, there is no censorship body like the Christian Slater-hounding FCC.

We climbed onto a crowded city bus and continued our interview. "I'm never going to say, 'There's only one way to piss in someone's asshole!'" Horn said. "I can say, 'Here's all the ways I've done it.'"

Horn told me that she hates the idea of "sexperts." "Being prescriptive about sexuality is almost always a false pretense. It's a con, it's a scam. It's assuming that there's some 'normal' but it's also assuming that people want to be told that there is a rule and if they just follow the rule, they'll get what they want, and that's just not how sexuality works."

To the extent that the podcast helps people, she's happy. "I definitely love the idea of people feeling more confident as a result of listening." But, she said, "I don't want to create a world of people who think and feel exactly like I do in terms of sexuality. I'm just not interested in that."

And it's Horn's emphasis on authenticity of self, rather than journalistic analysis, that most informs her style.

"The whole journalism tradition of parachuting into a subculture-especially sexual subcultures-is anathema to me," she said.

Rather than any other podcast, she cited Legs McNeil and Gillian McCain's oral history of punk rock, Please Kill Me, as an influence, which makes sense both journalistically and attitudinally.

Horn is, at heart, just a punk kid who loves the genre's aesthetic and values. She likens YAPIT to the zines she used to make when, before she was Tina Horn (she declined to reveal her birth name for this article) the young deviant enmeshed herself in California's scene. Playing in a band, touring in an Econoline van, being a participant, meant punk "expanded to more of a community, a set of ethics and a fundamental lifestyle and worldview."

Punk's rejection of pretense even exerts its influence on Horn's editing style. When she herself is listening to a podcast or music, if the content is good and the sound quality isn't, she doesn't care at all. "I just don't hear it," she said. "There's an energy and a vitality to something you just put out there."

If punk taught Horn to reject perfection and embrace unbridled expression, who (besides Christian Slater) guided her to espouse earnest sexual curiosity?

Horn cited the writer Sam Delaney, the cultural anthropologist Gayle Rubin, and a podcaster, Tristan Taormino, as influences. She's also a self-proclaimed Dan Savage apologist. "My intellectual, sexual heroes or role models are people who I don't necessarily always agree with, but I always agree with their reasoning for how they got there."

"I had a really great critical essay teacher in grad school," Horn said, referring to her MFA from Sarah Lawrence College. "She talked about how important it is that every sentence of an essay is accurate. That sounds simple, but it's the way I think about writing and talking on the podcast. I'm not trying to not offend anyone. I'm trying to be precise to the best of my ability."

Which is something I thought about during our conversation on the bus, as it rolled on and a seemingly endless stream of people got on and off: If the majority of people harboring kinky thoughts or fetishistic fantasies aren't wearing them on their sleeve, it's completely inaccurate to assume that anyone is "vanilla" by default.

After her decade of diving into perversion, one would be forgiven for assuming that Horn is jaded. But she's not. "I'm getting to the point where I'm interviewing people who are 10 years younger than me," she said. "[I'm] starting to see perspectives on fetish and queerness and sex work that represent a cultural or generational sea change."

That, Horn said, is why she's in it for the long haul. "I see myself doing [ YAPIT] my whole life, until the heat death of the universe. I mean, there's always gonna be more people to talk to."

She leaned her head back on the couch.

"I can also see myself becoming more and more reclusive and emerging from my compound once a month or once a quarter to interview a bunch of people in society and then take my tape back with me and transmit it out into the world. And that's how I'll get my human connection."

She picked her head up, pushed her glasses up on her nose, and smiled her sly smile.