Home > Blog > Peeing During Sex: What You Should Know

Peeing during sex is a very common concern. This is mainly a female issue because men's bodies have a natural mechanism that prevents urination when they have an erection.

As many as 60 percent of women who have some level of general incontinence experience leakage during sex. Some women who worry that they're peeing during sex may not really be urinating, however. Instead they may be experiencing female ejaculation during orgasm.

Regarding female ejaculation, what the fluid actually does has been debated. During sexual activity, some women experience an expelling of fluid at orgasm. Some researchers claim only urine is expelled. Others that the paraurethral glands create a fluid that's similar to the male ejaculate made in the prostate.

In a woman, the paraurethral glands are also known as the Skene's glands. These glands come together in a cluster at the outside opening of a woman's urethra and produce a clear or whitish fluid. This may also serve to moisten both the urethra and the tissue surrounding the vagina.

Urination during sex is very often due to incontinence. Incontinence is unintentional urination. According to the National Association for Continence, approximately 25 million American adults experience either short- or long-term incontinence. Up to 80 percent are women. In fact, one in four women over the age of 18 experience occasional urine leakage.

Women can have urine leakage during sexual activity, when having an orgasm, or both. Sexual stimulation can put pressure on your bladder or urethra. When combined with weakened pelvic floor muscles, this pressure can create stress incontinence. If you dribble urine during orgasm, it's often because the muscles of your bladder spasm. This is called urge incontinence.

Urge incontinence is a symptom of an overactive bladder. It's characterized by a sudden and urgent need to urinate and an involuntary contraction of your bladder, which expels urine.

Urge incontinence can be triggered by many things, like running water or unlocking a door, sometimes called key-in-the-door syndrome. 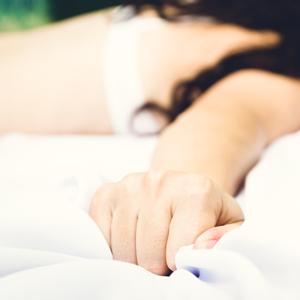 Some people may be at increased risk for incontinence during sex. Following are some common risk factors:

When a man has an erection, the sphincter at the base of his bladder closes so urine can't pass into his urethra. This means that most men can't urinate during sex.

Men who've had their prostate removed surgically to treat prostate cancer very often experience incontinence, which can include incontinence during sex. They're most likely to have leakage either during foreplay or when they climax.

If you're a woman, your doctor may recommend seeing a physical therapist who specializes in the muscles of the female pelvis. Weighted vaginal cones or biofeedback techniques can help to strengthen your pelvic floor muscles, in addition to Kegel exercises.

In men, Kegels may help with not only urinary incontinence, but also erectile dysfunction. One small showed that 40 percent of men who had erectile dysfunction for more than six months had their symptoms completely resolve with a combination of pelvic floor physical therapy and at-home Kegel exercises.

The exercises can be done standing, sitting, or lying down, and they can be done just about any time or place. It's a good idea to empty your bladder before doing them.

First locate the muscles. This is done while peeing and stopping midstream. The muscles you used to pause urination are what you'll be working on.

Once you've identified those muscles, tighten them when you're not peeing, holding them for five seconds, then completely relax them. Don't clench your abdominal, leg, or buttock muscles. The relaxing part is important, too. Muscles function by contracting and relaxing.

Work up to a goal of 20 at a time, three to four times a day, and tightening your pelvic floor muscles for five seconds at a time.

Bladder training helps you gain better control of your bladder. This enables you to go for increasingly longer periods of time between urinating. It could be done in conjunction with Kegel exercises.

Bladder training consists of using the restroom on a fixed schedule, whether or not you feel the urge to go. Relaxation techniques help suppress the urge if you feel the need to urinate before the scheduled time. Gradually, the periods of time between bathroom breaks can be increased by 15 minute intervals, with an ultimate goal of going three to four hours between urinating. It may take 6 to 12 weeks before you get to your goal.

For some people, lifestyle changes can help prevent urination during sex:

Medications and other treatments

Medications are usually given only if pelvic floor exercise and lifestyle changes aren't effective in relieving symptoms. Medications that are often prescribed to treat incontinence include:

Most people are able to reduce or even eliminate urination during sex with lifestyle changes and pelvic floor muscle exercises. If your incontinence is caused by an underlying condition, treating the condition may help reduce your incontinence. Talk to your doctor about any concerns you have so that you can begin finding a cause and treatment plan for your incontinence.