Home > Blog > Opinion | OnlyFans Is Not a Safe Platform for 'Sex Work.' It's a Pimp.

Ms. MacKinnon is a lawyer, scholar, writer, teacher and activist. She teaches law at the University of Michigan and Harvard Law School and works for sexually violated people around the globe.

We are living in the world pornography has made. For more than three decades, researchers have documented that it desensitizes consumers to violence and spreads rape myths and other lies about women's sexuality. In doing so, it normalizes itself, becoming ever more pervasive, intrusive and dangerous, surrounding us ever more intimately, grooming the culture so that it becomes hard even to recognize its harms.

One measure of this success is the media's increasing insistence on referring to people used in prostitution and pornography as "sex workers." What is being done to them is neither sex, in the sense of intimacy and mutuality, nor work, in the sense of productivity and dignity. Survivors of prostitution consider it " serial rape," so they regard the term " sex work" as gaslighting. "When the 'job' of prostitution is exposed, any similarity to legitimate work is shattered," write two survivors, Evelina Giobbe and Vednita Carter. "Put simply, whether you're a 'high-class' call girl or a street walkin' ho, when you're on a 'date' you gotta get on your knees or lay on your back and let that man use your body any way he wants to. That's what he pays for. Pretending prostitution is a job like any other job would be laughable if it weren't so serious."

"Sex work" implies that prostituted people really want to do what they have virtually no choice in doing. That their poverty, homelessness, prior sexual abuse as children, subjection to racism, exclusion from gainful occupations or unequal pay plays no role. That they are who the pornography says they are, valuable only for use in it.

Pornography's power became clear once again last month, when OnlyFans, the London-based subscription service, announced that it would ban the "sexually explicit" from its platform, before abruptly reversing course amid criticism. "OnlyFans has been celebrated for giving adult entertainers and sex workers a safe place to do their jobs," Bloomberg News observed. According to the A.C.L.U., a longtime defender of pornography, "When tech platforms like OnlyFans see themselves as arbiters of acceptable cyber speech and activity, they stigmatize sex work, making workers less safe." On the contrary, it is the sex industry that makes women unsafe. Legitimizing sexual abuse as a job makes webcamming sites like OnlyFans particularly seductive to the economically strapped.

OnlyFans became a household name during the pandemic, when demand for pornography skyrocketed. People started living their lives online, domestic violence exploded, women lost their means of economic survival even more than men, and inequalities increased. OnlyFans, niche pornography as mediated soft prostitution, was positioned to take advantage of these dynamics.

OnlyFans has been to conventional pornography what stripping has been to prostitution: a gateway activity, sexual display with seeming insulation from skin-on-skin exploitation, temporary employment for those with their financial backs against the wall and few if any alternatives. It offers the illusion of safety and deniability for producer and consumer alike. But the outcry over the proposed ban made clear that only explicit sex - mostly, the sexual consumption of feminized bodies, usually female, gay or trans - sells well in pornography's world. As Dannii Harwood, the first so-called content creator on OnlyFans, told The New York Times, "Once subscribers have seen everything, they move on to the next creator." Empirical research has also documented that dynamic. 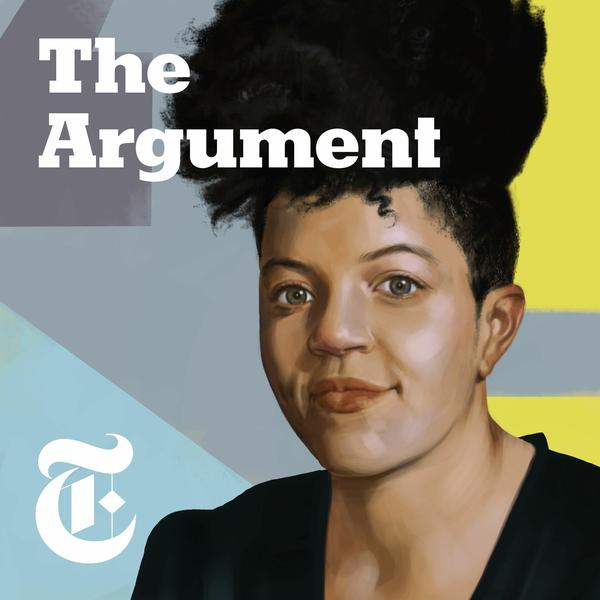 Though OnlyFans said its motive for the now-retracted ban was to comply with the policies of credit card companies that process payments on the platform, there is some reason to think that the platform was trying to get ahead of its Pornhub moment, in which the possible conditions of its girlfriend fantasy - youth, diminished agency and destitution among them - might be exposed. Allegations have already been made of inadequate screening for incest, bestiality and child sexual abuse. A complaint recently filed in South Korea alleged that OnlyFans hosted videos of minors. (OnlyFans has said the company "does not tolerate any violations of our policies and we immediately take action to uphold the safety and security of our users.") There is no way to know whether pimps and traffickers are recruiting the unwary or vulnerable or desperate or coercing them offscreen and confiscating or skimming the proceeds, as is typical in the sex industry. OnlyFans takes 20 percent of any pay, its pimp's cut.

Silent in the discussion of OnlyFans's proposed rule is whether preventing underage youth from being used on the site has ever been possible. Prepubescent children, maybe. But almost anyone past the onset of puberty can be presented as a so-called consenting adult. Most women enter the sex industry underage, their vulnerability central to their appeal, hence marketability. Children cannot be protected from sexual exploitation as long as pornography is protected and prostitution of adults is tolerated, because these are the same group of people at two points in time, sometimes no more than one day apart, sometimes at one and the same time - children presented as adults, adults presented as children.

Equally missing in the conversation is any concern for people who have been forced, pimped or deceived or had their intimate pictures stolen. Much of the commentary on OnlyFans's once-proposed rule wails that the consumer should have the right to buy what the producer should have the right to sell. Meanwhile, the coerced, violated, exploited and surveilled have no effective rights against being bought and sold against their will. As long as the violated lack effective rights and equality based on sex, ethnicity and gender, survivors of abuse through these sites - including Pornhub and SeekingArrangement and sites adjacent - will be exposed to theft, coercion and all manner of unauthorized expropriation of their sexuality.

Some U.S. states appear to offer legal recourse for people whose sexual materials have been made or shared without their permission. But in reality few provide usable or effective ways to deal with the materials themselves. Even in California, which has some of the better protections, legal requirements fail to reflect many of the conditions under which these visuals are made and distributed.

The state's standards and exemptions enhance the power of the sex industry to escape liability for its exploitive practices: Civil trafficking laws applicable to adults, for example, are confined to "obscene" materials, a test notoriously difficult for even seasoned federal prosecutors to prove. Consent requirements are oblivious to the fact that phony consent videos are standard. Statutes of limitations are too short for many traumatized victims. Exemptions from liability for materials that were ever consensually sent or previously distributed by anyone make the "revenge porn" laws nearly useless. Deepfake laws aim only to protect the person who is falsely introduced, often a celebrity, not the person who is used for sex. Perhaps OnlyFans was reassured of the toothlessness of such laws when it decided to suspend its proposed ban.

This year, a California state senator, Dave Cortese, of San Jose, in Silicon Valley, introduced a workable and effective bill that adapts the best features of copyright, libel and trafficking law to solve this problem. If passed, it would create a civil legal claim for victims of online sex trafficking - naked or sexual visuals of minors or of adults who were coerced or tricked or victims of theft. Once notice is given, the trafficker would have to take the materials down or pay $100,000 for every two hours they remained accessible.

This law could be passed anywhere. Anyone who was sex trafficked this way could sue to stop materials created or distributed without permission. Those who are supposedly acting freely in this space - as the press onslaught frantically assures us that OnlyFans "sex workers" all are - and those who are not would finally have some real protection, giving their vaunted freedom of action a foothold in reality, reducing pornography's power to make our world.

Catharine A. MacKinnon is a lawyer, scholar, writer, teacher and activist. She teaches law at the University of Michigan and Harvard Law School and works for sexually violated people around the globe. Her latest book is "Butterfly Politics."

The Times is committed to publishing Follow The New York Times Opinion section on Facebook, Twitter (@NYTopinion) and Instagram. a diversity of letters to the editor. We'd like to hear what you think about this or any of our articles. Here are some tips. And here's our email: letters@nytimes.com.
Tags： sex history