The photos of Reed and Rachel suggest a happy couple, but what is known about their relationship paints a far more complicated picture.

In a photo passed around queer pockets of Twitter earlier this week, we see a 30something-year-old Lou Reed slouching in a booth, leaning his head against a woman's shoulder and appearing to gently scratch at her thigh with affection. She cradles his head in her left hand, looking on as she nearly rests her chin on his crown. "Thinking about this picture of Lou Reed with his trans partner," reads the tweet, which was posted this past Sunday.

It's a tender photo, and its appeal-especially for those of us who long for more images of trans women in love, who yearn for more evidence that would contradict the straight world's fiction that we're inherently, existentially unloveable-needs no explanation. Neither does the love story that it would suggest, one that's beautiful in its simplicity: that an abrasive, misanthropic rock star might care deeply for a woman whom the rest of society would rather reject. But the reality behind that photo is a lot more complicated, much like the couple it captures, whose relationship had many red flags that aren't visible in the picture. It would serve us-that is to say, trans women who seek love from cis men-well to recognize those complications rather than buy into a damaging fiction of our own.

Reed's "trans partner" was a woman named Rachel Humphreys. She was a Mexican-American transsexual who met Reed at a New York City nightclub named Max's Kansas City in 1973. Not much is publicly known about Rachel's life before or after Reed, beyond the fact that she died in 1990 at Saint Clare's Hospital in Hell's Kitchen. Historians even disagree on the basic facts of their relationship, like whether Rachel was even a fan of Lou's music, or if a party they threw in 1977 was supposed to be a wedding ceremony or not.

What we do know is that their relationship pulled Reed out of a major creative slump. According to One from the Vaults host Morgan M. Page, "Rachel managed to inspire some of [Reed's] most beloved solo efforts [like 1975's Coney Island Baby and 1978's Street Hassle]," serving as the muse to a great male artist like so many trans women before and after her. "Once she became inconvenient, Rachel was tossed away," Page continues in the 2015 episode of her trans history podcast. "After he was done with her... Rachel ceased to exist in the eye of history."

The ways in which Rachel became inconvenient vary from account to account. According to Page, Rachel and Reed's relationship ended in 1978, one year after they are said to have held a wedding complete with a multi-tiered cake and an exchanging of rings; the ceremony wasn't legally binding, Page notes, though she says they both "took it seriously" until they broke up. Aidan Levy, the author of 2016 Reed biography Dirty Blvd., however, contends that the ceremony wasn't a wedding, but the couple's three-year anniversary party. Levy also writes that the relationship fell apart after Rachel told Lou that she wanted to get bottom surgery, which Reed was purportedly against.

This alleged disagreement reflects an extreme, trans-specific version of a classic toxic dynamic wherein one partner exerts control over the other by telling them what they should look like, how they should dress, or, in this case, what they should do with their body. Pose, the FX drama about New York's ballroom scene in the '80s, captured this dynamic in a 2018 episode, showing how easily this behavior can dovetail with financial abuse, which trans women are disproportionately vulnerable to. In the show, Elektra Abundance lives in a luxe apartment that her sugar daddy rents for her, on the condition that she doesn't get bottom surgery. She goes against his wishes, and he throws her on the street, never talking to her again.

By Reed's own account, if we dare to read his lyrics autobiographically, it was Rachel who broke up with him. "Love has gone away," he sings on the title track of 1978's Street Hassle, an album that Page asserts is about his and Rachel's breakup. "Took the rings off my fingers, and there's nothing left to say."

Reed, who died at 71 in 2013, never spoke publicly about Rachel again, and later in life, he disparaged the albums he put out at the time-and by proxy, one could argue, the muse that inspired them. "All the albums I put out after this are gonna be thin

/p>gs I want to put out," he once said, per One from the Vaults. "No more bullshit, no more dyed-hair faggot junkie trip."

Maybe because the facts of Rachel and Lou's relationship aren't common knowledge, it's easy to look at the photos that survived them like a Rorschach test, seeing whatever you want. And if what you want is proof that cis men can be good to us, that's what this picture of Rachel and Lou will provide, regardless of whether that was actually true of their relationship. This happens with other historical cis man/trans woman couples, too. Search "John Wojtowicz" on Twitter, as in the guy whose real-life robbery inspired 1975's Dog Day Afternoon, and you'll find countless tweets praising the man who held up a bank to pay for his trans girlfriend's bottom surgery. The tweets leave out some key details, though, like the fact that Liz Eden, Wojtowicz's girlfriend, had left him, and that the heist was an attempt to win her back-a grand unsolicited gesture the likes of which often pop up in toxic relationships. They also tend to omit her name, much like Rachel's was left off, recasting Eden as a supporting player in a man's undeserved redemption arc.

At first glance, this photo of Lou and Rachel strikes a sentimental chord within me; it tells me that it's possible for a cis man to pick me, too, a societally ingrained desire that I'm generally embarrassed to admit to directly. I've worked so hard to dismantle beliefs like that over the past few years-to stop hinging my worth and my womanhood on whether a cis man wants me, and to let go of the self-destructive notion that any attention from one such man, no matter how dehumanizing, is better than no attention at all. To disrupt this propaganda, I remind myself of how disposably men like Reed have treated me: the dozens of one-night stands that I thought would be first dates, the boundaries crossed, the unanswered texts. I remind myself how disposably he treated Rachel. Whether or not Reed discouraged her from pursuing surgery-a form of manipulation that would have given him, a cis man, even more power in his relationship with a trans woman than he already had going in-he still dismissed the time they were together as a period of "faggot bullshit" and never acknowledged her publicly again, a familiar homophobic script employed by many transamorous men to further marginalize the trans women they've partnered with once the relationship is over.

Partnering with cis men means economic survival for many women, and that is exponentially true for trans women, who face alarming rates of housing and employment discrimination when compared to our cis counterparts. Yet capitalism and misogyny make us undesirable partners for cis men. We can't conceive their children or help them build their perfect nuclear family; we risk making their lives more difficult with the oppression that we face; and whatever life we're able to carve out for ourselves given the limited options available might still not be "respectable" enough to merge with the men's own beyond one-night stands.

Still, the patriarchy would have us cling to the idea that our lives might be granted meaning if we're picked by one of these men. "[Trans women] are only recognized as women through the actions and beliefs of the straight men who fuck and love us," Canadian journalist Alex V. Green argued in The Outline, echoing Page's assessment that Rachel essentially "cease[d] to exist" once Lou had no more use for her.

Trans women are not immune from this logic; we swim in the same transmisogyny as everybody else. It makes sense that we would absorb this kind of imagery and what it suggests about our ability to be loved. The problem in doing so, however, is that we buy into harmful ideas about ourselves: that loving us is difficult, that any man who loves us is a hero for doing so, that we're incomplete without him. Reed's relationship with Rachel is not one that we should idolize, nor is the idea that he, or any cis man, should be praised for having a trans partner, as if we're so hard to love. Celebrating a man for taking "a walk on the wild side"-to borrow a phrase from Reed's 1972 single about transsexual superstars Holly Woodlawn and Candy Darling inviting men to sleep with them-feeds into this dynamic, while erasing the women who traverse that path every day. 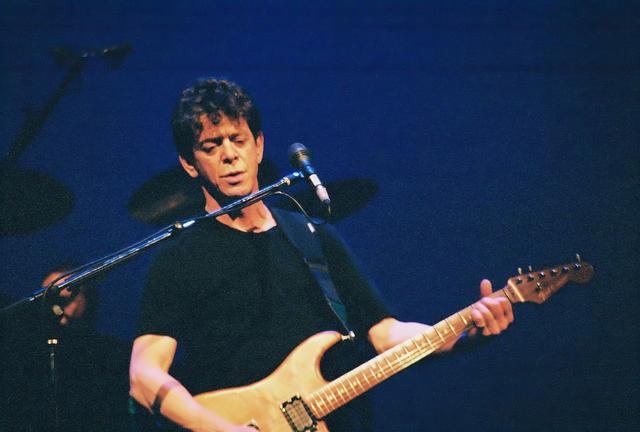