Vaginal itching after sex that only happens on occasion is probably nothing to worry about.

Not enough lubrication during intercourse or too much friction could cause vaginal itching. If this is the case, symptoms will probably improve by simply avoiding sex for a few days.

If symptoms persist or you experience other symptoms, an allergic reaction, vaginal dryness, or an STD may be the cause.

Can sperm cause itching?

Seminal plasma hypersensitivity - commonly known as semen allergy - is a allergic reaction to the proteins in semen. You may develop symptoms the very first time you have sex, but sometimes it can happen later with other sexual partners.

It's also possible to have an allergic reaction with one partner and not another, or have a reaction appear suddenly after sex with a long-time partner.

Symptoms of a semen allergy can affect any part of the body that comes in contact with semen, including your vagina, mouth, and skin.

Symptoms usually start within 10 to 30 minutes after contact with semen. They're similar to those of vaginitis and some STDs. Symptoms may include:

Condom use can give you a clue as to whether a sperm allergy is the cause of your symptoms. If you're allergic to sperm, you shouldn't experience symptoms after sex with a condom.

A latex allergy is a reaction to proteins found in latex. If you're allergic to latex, you may experience a reaction after coming into contact with any product containing latex, including condoms.

If you're allergic to condoms, your symptoms can range from mild to severe depending on how sensitive you are and the amount of contact you have with the latex.

More severe symptoms can include:

A severe, acute allergic reaction called anaphylaxis is possible in people who are highly sensitive to latex.

Get emergency care if you experience symptoms of anaphylaxis, including:

If you're allergic to latex, there are non-latex condoms available. Options include polyurethane and lambskin condoms.

Dryness is a common cause of itching after sex. It may be due to dry skin on the vulva or vaginal dryness. That occurs when not enough vaginal secretions are produced to properly lubricate the vaginal wall.

Some people are naturally prone to dry skin or have a skin condition, such as eczema. Overwashing or using perfumed products, such as soaps, can also dry out the skin.

Dry skin can flake and itch. It also increases your risk for irritation and chafing during sex.

The most common cause of vaginal dryness is hormonal changes, such as those experienced during menopause and childbirth.

Other causes of vaginal dryness include: 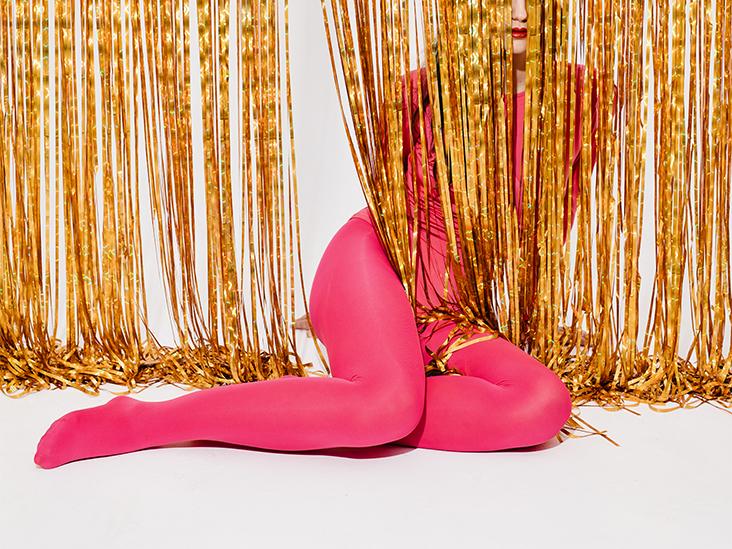 Symptoms of vaginal dryness include:

pH is a measurement of how acid or alkaline (basic) a substance is. It's measured on a scale of 0 to 14.

Your vaginal pH balance should be between 3.8 and 4.5. This level of acidity creates a protective barrier that prevents the overgrowth of harmful bacteria and yeast.

Having a high vaginal pH increases your risk for vaginal infections that can cause itching. Other symptoms you may notice of a pH imbalance are:

The following situations can cause a pH imbalance in your vagina:

Itching is a common symptom of various types of vaginal infections, including yeast infections and bacterial vaginosis (BV).

There are a number of STDs that can cause vaginal itching.

Trichomoniasis results from an infection with a parasite called Trichomonas vaginalis. Most people don't have any signs or symptoms, but those who do usually develop them within after contracting it.

Symptoms may include a foul-smelling discharge and pain or burning during sex and urination.

Chlamydia can cause permanent damage to the reproductive system when left untreated. The good news is chlamydia can be easily cured.

Most people with chlamydia don't have symptoms. When they do, they may experience abnormal vaginal discharge and a burning sensation when urinating.

Gonorrhea can cause serious complications when left untreated. It's often asymptomatic in women, but initial symptoms can include:

Genital herpes is caused by two types of viruses: herpes simplex type 1 (HSV-1) and herpes simplex virus type 2 (HSV-2). A person can have one or both types at the same time.

Genital herpes doesn't always cause symptoms, but some people develop one or more blisters on or around the genitals. The blisters can be itchy and painful.

Genital herpes is sometimes accompanied by flu-like symptoms, such as:

Genital warts are caused by the human papillomavirus (HPV), commonly types 6 and 11. They're usually asymptomatic.

Genital warts can range in size and color and be smooth or bumpy. You may have one wart or a cluster. Even if you can't see the warts, they may still cause symptoms for some, such as:

Dry skin on the penis, rough sex, or sex without enough lubrication could cause friction burn and result in an itchy penis. If this is the case, your symptoms should improve within a couple of days of abstaining from sex.

Here are some other possible causes of penile itching after sex and their symptoms.

Less than 1 percent of people in the United States have a latex allergy, according to the Asthma and Allergy Foundation of America. If you're allergic to latex, using latex condoms can cause a reaction. The severity of your reaction depends on how sensitive you are to latex and the amount of exposure.

Symptoms of a latex allergy can include:

Get emergency care if you experience symptoms of anaphylaxis, including:

A yeast infection is a common type of infection that can cause an itchy penis.

A red rash is usually the first symptom of a penile yeast infection. You may also notice white, shiny patches on the penis. Other symptoms include:

Balanitis more frequently occurs in people who aren't circumcised. Poor hygiene may also be a contributing factor. It may also result from a yeast infection or STD.

STDs don't cause symptoms in many people, but when they do, itching is a common one. Symptoms can vary depending on the STD.

Other common symptoms of an STD include: