Intrigued by what else might be out there, I decided to follow the hashtag #sexualhealth that was being used in the caption of his video. I quickly learned that multiple parallel universes exist inside the app with names like queertok, edutok, booktok, skincaretiktok and, of most interest for this story, healthtok. People who follow these hashtags are exposed to a variety of influencers and experts (or "experts") in their respective fields.

In the healthtok community, there are educators with a big following who are also board-certified doctors, like OB-GYNs Jennifer Gunter and Staci Tanouye, but there are also a lot of folks who are not medical professionals, claiming to be "women's health enthusiasts" instead. Telling who is who can get confusing, especially if they don't provide any information in their bio about their qualifications.

And unfortunately, the format of the app does not allow for much clarification or follow-up on a lot of information that is shared. With a limit of 150 character counts and up to three minutes of video, it can be difficult to share citations, links, and resources without directing viewers to leave the platform.

Misinformation Is Having a Moment

In recent years, we have seen an exponential rise in misinformation that spreads quickly and easily across social media sites. This has been powerful enough to fuel social phenomenons like the antivax (most recently related to the COVID-19 vaccine) and pro-life movement, and is often associated with older generations who are served clickbait headlines on their newsfeeds. 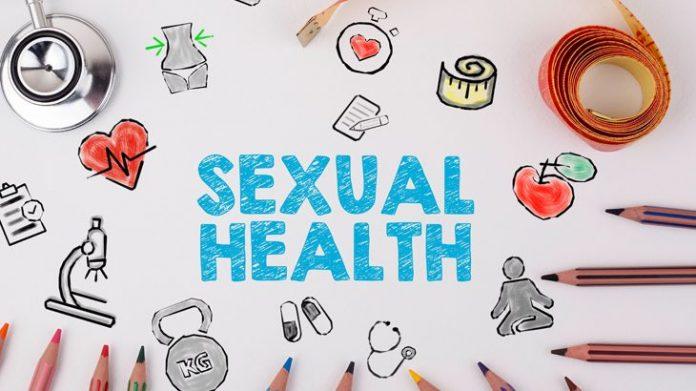 But TikTok is the Gen Z app. As of 2021, there are estimates that TikTok has over 73 million active users in the US, a large percentage of whom appear to be young, although official information about TikTok's demographics isn't readily available. The misinformation on the app may not be intentional. It's usually someone telling other people what they heard or read about. And in a place like TikTok, anything can go viral.

Some of this misinformation is bizarre, but mostly harmless. For instance, Laurie Mintz, licensed psychologist, sex therapist, and author of Becoming Cliterate, says that she can't point to any scientific evidence to the TikTok-famous claim that coffee makes orgasms stronger, but that the caffeine might get you wired and more attuned with your body. Likewise, Jennifer Lincoln, a Portland, Oregon-based board-certified OB-GYN, notes that she is not aware of any research studies pointing to information that one's testicles are capable of tasting food. But then there are the videos that could lead to dangerous consequences, such as one that suggests you could make a DIY condom out of a screwdriver and tape. As Mintz notes, "the efficacy of condoms is based on manufactured condoms and not on DIY condoms." She cautions: "I certainly believe that it's not only possible that STIs and pregnancy could occur, but injuries can also happen. Projects like this can land people in the ER."

This is particularly troubling for young people who may be getting much of their sexual health information online. A study that included researchers from the University of New Hampshire and the Gay, Lesbian, and Straight Education Network published in the journal Health Education Research looked at the online behavior of 5542 internet users between the ages of 13 and 18 and found that between 46 percent and 81 percent of youth have used the internet to find out health information, including sexual health. The study found that the percentages were higher for LGBTQ+ kids, largely because they "did not have anyone to ask" for information.

Today, according to the Guttmacher Institute, 39 states and DC mandate sex education and/or HIV education. Twenty-eight of these states require that abstinence be stressed, but only 20 require information on contraception to be presented. The Sexuality Information and Education Council of the United States (SIECUS) notes that, as of 2020, a mere seven states have policies that include LGBTQ+-affirming curriculum, and nine explicitly discriminate against homosexuality.

The lack consistent of sex education across the country is also often coupled with shame and guilt that can manifest in different ways. It can be a teenager searching the internet for answers and trusting the word of someone who looks like them. "Kids are on TikTok because they want information and are hungry for sex ed," Mintz says.

There are research studies indicating that vulnerable populations, i.e those with a conspiracy theorist mindset and those without access to evidence-based information, are easily targeted by misinformation.

In addition to implementing focused targeted approaches toward counteracting misinformation at an individual level, it should also be done at a systemic level.

Lincoln, concerned about the misinformation she has witnessed on the app, takes on the personal responsibility of reporting false information. In her experience, she says, it's pretty rare that these videos actually get removed.

Currently, TikTok has various series, programs, and partnerships in place to promote media literacy and fight misinformation. Additionally, they have safety resources, a content advisory council, and policies that limit the app experience for children under 13.

Lincoln says it's equally as important to teach our kids about health literacy. "They need to understand what the difference is between reliable and unreliable sources of information," she says. For parents looking to teach their children how to make smart choices online, she recommends a course called Digital Citizenship from Common Sense Education. However, Lincoln notes that this isn't just a problem for people under 18: Adults can be confused by misinformation too. "Young people and adults alike have not been given tools to really know how to gauge if a source is reliable or not," she says. However, she is hopeful that this will change as we begin to recognize the need for formal education on these topics.