In a country where sex toys are not just taboo but heavily regulated, one brave shop is going where few have gone before. But just not in a way you'd expect.

UPDATE (19/03/21): A previous version of this story said this was India's first legal sex store, but VICE received clarification from the shop's co-owner Prawin Ganeshan that while this store had a legal certificate of recognition, it did not have a trade license to operate in that area. Ganeshan also informed us that his company, Kamakart, owned sexual wellness stores in the southern Indian cities of Chennai, Kochi and Bengaluru. VICE apologises for any confusion caused.

So naturally, despite the demand for a thriving market, sex toys and wellness products have long been relegated to digital stores or seedy roadside shops touting suspect plastic phalusses as massagers. Even as the sale of sex toys online went up by 65 percent after the lockdown (#aatmanirbhar), shopping in a physical sex store still comes with a side of social stigma, pushing many Indians to prefer their online alternatives.

Kama Gizmos, a sex toy and wellness products store in the western Indian state of Goa, is one of India's few official brick-and-mortar sex shop. Launched on Feb. 14, the store is the outcome of the coming together of two competing sex product retailers- Kamakart and Gizmoswala-which have been helping Indians get off since a while now. Located along the ridiculously touristy Calangute stretch, the store stocks sex toys, viagra-like sprays, novelty condoms and other stuff you can physically check out before getting very familiar with.

Obviously, when I found out about this sex products and wellness shop, I had to go see it for myself. Kama Gizmos is a hole-in-the-wall store next to a tattoo parlour. It features no flashy signs or seductive mascots, spare a neon sign that scrolls by screaming: "Unique condoms and more". As soon as I entered the store though, its fluorescent lighting and compact size were an immediate turn-off. I went in expecting a dimly lit dungeon with neon signs, variously-sized dildos hanging off walls, employees explaining why a product wasn't really a torch like it looked, and just smutty stuff meant to excite you and want to spend all your money on. Instead, all I got was a pharmacy vibe that looked like it'd rather sell me a suppository than a strap-on. I demanded an explanation.

"We have purposely not made it flashy or like a dark underground dungeon, which is how most shops like this abroad are," explained Nirav Mehta, the co-founder of the shop,. "We have modelled it like a medical store, while all our [legal] certificates are on the wall. We do this to avoid any political backlash."

Even as obscenity laws in India have made it nearly impossible for legit sex shops to operate, Kama Gizmos was able to establish the country's first physical store through a lesser-known loophole. "This law is in the grey space, but essentially, you can sell any [sex] product as long as it is not obscene," said Mehta. According to the Indian law, the import of any obscene book, pamphlet, paper, drawing, painting, representation, figure or article is prohibited, and this is interpreted to include adult toys and products. "We purposely chose toys and products with packaging that did not have nudity or show women in a demeaning manner, so it does not violate any obscenity laws," said Mehta.

But it's not just the lega

l aspect the store has had to counter. As I stood examining the products on the shelves, two men walked in, and were immediately uncomfortable seeing a girl, i.e. me, standing in a space that otherwise only has male employees. 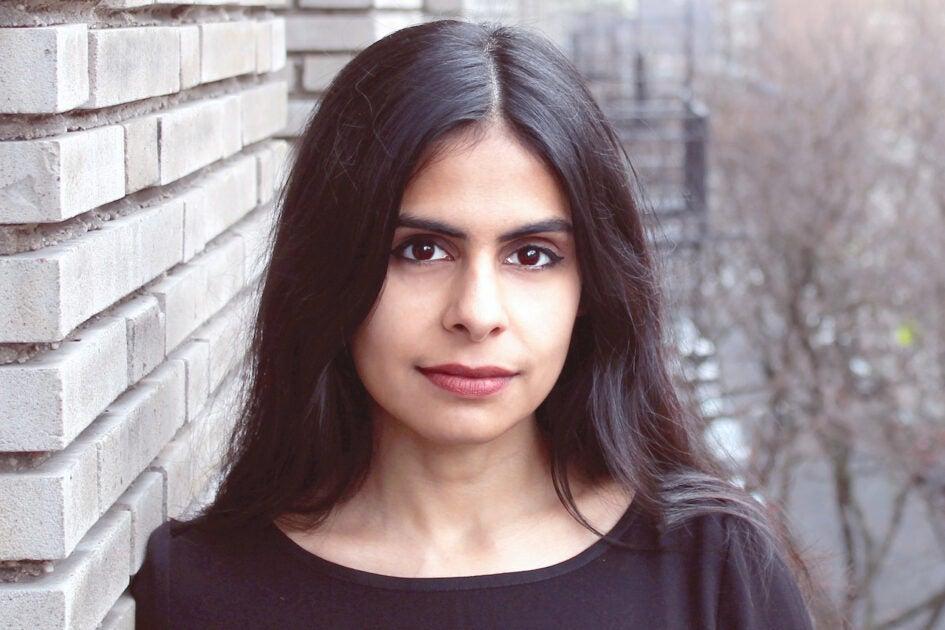 "When people come to our store, they try to buy what they want as quickly as possible," said Mehta. "Customers don't want to be seen lingering in a shop like this, and will buy everything in a rush. That's why we didn't get any chairs and kept the shop very compact."

He adds that while he has been approached by Russian models to pose next to the shop and attract more customers, he has avoided the marketing route so as to not invite bullying or harassment by political parties.

Basically, keeping their head down seems to be the operational key, with the only marketing exception made for handing out condom-shaped visiting cards and fliers to couples walking past. "Some people feel awkward to physically shop for sex products. But at the same time, we have regular customers like a 60-year-old man who lives nearby and usually buys delay gels, which are like viagra without consuming any pill. While our BDSM products are very popular in smaller cities, we've also noticed that it's mostly older couples in the 50-plus age range who come to buy roleplay lingerie or kink accessories."

"One thing that's different about the offline setting is you have more impulse buyers. The same way a person might have a couple of drinks and get a tattoo, people have come to the shop after a night out to buy roleplay lingerie or unique condoms," said Mehta.

Though the shop doesn't quite have the cool quotient you might expect from it, the concept of Kama Gizmos actually came to life after Mehta and his business partner Prawin Ganeshan realised the need to penetrate the void in the sexual wellness market. "We were working with a team of technologists and gynaecologists to help HIV and cancer patients pleasure themselves. Self-pleasure is everyone's fundamental right, so we wanted to figure a way to make it accessible," said Mehta. "The doctors we worked with realised that their patients felt more comfortable using a product they could physically feel. When you're buying a mobile phone, you might trust the details given online, but given a choice, wouldn't you prefer to see and feel it yourself before buying?"

As it turns out, India still has a long way to go before conversations around sex can reach a climax and condoms are given their rightful respect as protection shields. But then again, given that until a few years ago the main sex toy option people had was the vibrate mode on their phones, this sex shop stands as a symbol of the baby steps we're taking. We might not be scoring the home run anytime soon, but it's nice to know that there are new shops popping up to cover some of the bases at least.