For me, it was both. I was submissive to dominant lovers inside and outside the bedroom: Some called me epithets I was aroused to hear, slapped me across the face, or used nipple clamps. The most exciting lovers kept me mentally on edge, teasing me about the things they wanted to “make” me do, like have sex with strangers while they watched. I sought out kinky partners, knowing that I would feel let down by someone with more vanilla—that is, nonkinky—tastes. When I discovered someone and I had mutually shared kinks, it was like I’d found a sexual soul mate who spoke the same intimate language I did. Like all healthy and consensual BDSM relationships, my partners and I communicated openly and established our boundaries and limits before actualizing our sexual fantasies.

ual orientation as both bisexual and kinky. 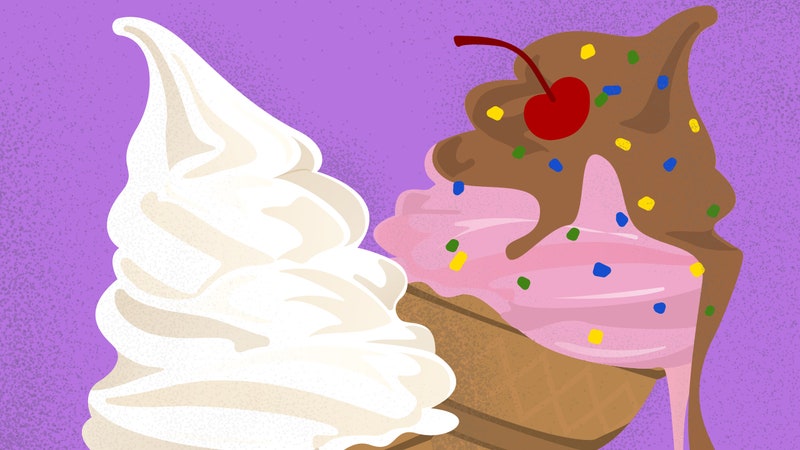 Seven years ago, at the age of 36, I started dating my boyfriend D. What first appealed to me about D. was his sense of humor, creativity, and honesty. We talked for three hours nonstop on our first date. And yet from the start, the way we made love was about as far from kinky as I could get. We regularly enjoy oral sex and hand jobs, either as part of foreplay or the main event. We have intercourse in the one position that’s most comfortable, given our size differences. Sometimes we use vibrators on each other. None of those actions ever involve any of the aspects of BDSM that were the main things that got me aroused in past relationships. Our routine—and that’s a word I use here with positive connotation—has only solidified over the years.

I used to feel disappointed when I slept with a lover who wasn’t as into dominating me as I wanted him or her to be. But I noticed immediately that with D., I didn’t miss my submission in the bedroom. In fact, a few times he started to spank me and I stopped him after a few smacks. The spanking didn’t arouse me; it felt neutral, which isn’t what I look for in bed and truly the opposite from how spanking stimulated me in the past. In fact, all the behaviors I’d previously found totally erotic and central to my pleasure no longer turned me on.

I want to clarify something important: I don’t have any issues with my kinky past and I don’t feel shame over my past desires or previous work. I also know I am not trying to contort myself to fit into a vanilla life to appease D., or for matters of convenience. Rather, I was the one who’d changed—but perplexingly, there was no lightning bolt moment that made me “decide” to stop being kinky.