Like, as much as I wish I were a responsible person who remembered to charge her vibrators before the batteries were completely drained, I will never be that forward-thinking. After I orgasm, it’s a miracle that I even have the bandwidth to wipe my toys down and put them away properly, let alone dig out a whole-ass charger. So for a long time I just resigned myself to a dead battery occasionally cutting me off in the middle of sex.

But recently I stumbled on a solution: Owning two of my favorite vibrators so one is always charged. I know, I’m a visionary.

Just kidding. I actually had a little help in discovering this hack. A few months ago, at the beginning of the pandemic, my trusty Magic Wand Rechargeable ($130; babeland.com) buzzed its last buzz—permanently. I was low-key devastated. As many Magic Wand devotees can attest, it truly is the MVP of the sex toy drawer, and going without it for long wasn’t an option I wanted to humor. Even though as a sex writer I have a closet full of vibrators, most of them pale in comparison to my Magic Wand for times I want a reliable orgasm from its strong vibrations. So I knew I had to replace it immediately.

Before I had to buy a new one myself (and I absolutely would have), my friends over at Babeland heard my cries (and by that I mean saw my tweets) and hooked me up with a replacement. It arrived, order was rest 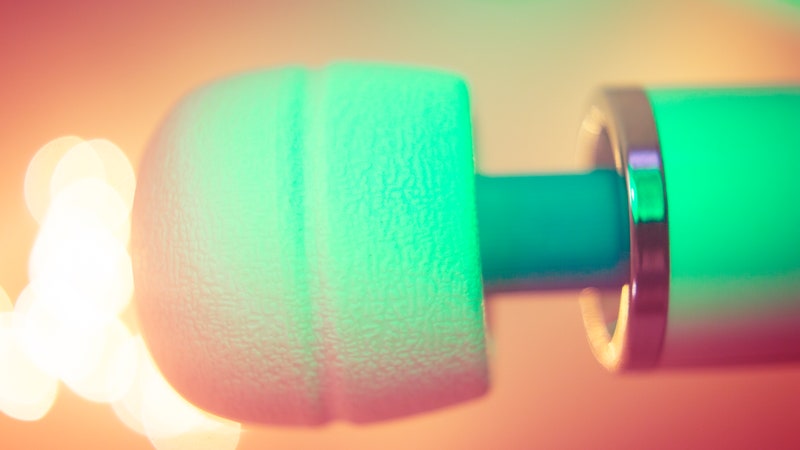 ored to my sex life, and my new Magic Wand unsurprisingly continues to rank high on the list of material possessions getting me through the pandemic.

The plot twist? Turns out my old Magic Wand never actually died—only its charger had. The vibe itself was still fully functional. So now I have two Magic Wands. And folks, it’s been life-changing. Now when one dies in the middle of sex, I have another one waiting patiently in my drawer like, “Put me in coach!”

Since then I purchased doubles of two of my other favorite vibrators that get enough use that I can justify having backups. First, the Doc Johnson iRipple ($90; babeland.com), which is a rumbly G-spot god, and the We-Vibe Touch ($94; amazon.com), a delightfully simple clit vibe for when I need something less intense than my Magic Wand, especially for partner play. They were splurges, especially considering I already had one of each, but as someone who uses toys a ton in solo and partner play, I’d rather invest in vibrators I know I love than drop money on something intriguing and experimental. That said, an inexpensive dupe of your favorite toy could be solid backup too.

7 Pretty Creative Ways to Use Sex Toys With a Partner