Home > Blog > Do Sex Workers Fall in Love With Clients?

"I was happy to pursue a flirty friendship with someone who I thought could be much more to me than just someone who paid for nudes."

When commitment feels rare and everyone's lonely, Change of Heart is a Valentine's Week investigation of what makes relationships so hard-and how they can be better.

Like any other job, sex work can be exciting, dynamic, and stimulating-and deeply frustrating, disheartening, and painfully boring. It differs, though, in that it's often based on intimately personal interactions. Work closely with enough people, and there's a high probability of hitting it off, on some level, with a few clients.

These intimate bonds are one of the joys of sex work, but they can also be tricky. Sex workers often enforce strict boundaries for their own safety, and while finding a personal connection with a trusted client can feel refreshing, this can still be professionally and emotionally risky. Getting too close can blur the line between paid companion and personal friend, and, in rare cases, a transactional relationship can start to feel like something more. But work is work, and navigating this ambiguous emotional territory with a client can become too complicated, or too painful, to continue. When things get too personal, it may be time to say goodbye-which can come with complex feelings.

I was streaming a live cam show when I first met Jamie, whose name has been changed to protect his privacy. After throwing me some generous tips in my public chat, he requested a private cam-to-cam show. The slightly upward angle of his webcam wasn't the most flattering, but, even hunched over his computer and stroking his penis, he was undeniably hot.

Jamie sent me a message immediately after the session concluded to thank me, then bought a custom video and several nude photos. He asked to see me again soon for a longer video session. I was thrilled: I'd not only locked down an exceptionally sweet, respectful new regular who tipped well, but one I felt instant chemistry with. We sexted nonstop for the next few days-and also talked about our favorite horror movies and podcasts, even sharing our experiences as survivors of sexual assault. Interacting with my regulars was part of the job, and it always felt like a job, but talking to Jamie was different. I was completely infatuated.

According to Jamie's Twitter profile, he lived in another state, and I knew he had a young kid and a serious girlfriend, so the chances of ever meeting my new crush in person were slim. Still, I was happy to pursue a flirty friendship with someone who, under different circumstances, I thought could be much more to me than just someone who paid for nudes.

After a few weeks, my conversations with Jamie became sporadic. He'd occasionally resurface to tell me he missed me, pop into my chatroom and call me his favorite girl, or ask for a phone call just to hear my voice. After a few weeks when I sent him several unanswered messages, I stopped pursuing him. Our "breakup" was more of a slow, painful fade-out, but I was still hurt and embarrassed that I'd let myself develop a crush on a guy from my chatroom when I was supposed to be doing my job. I wanted to get paid, and I also really wanted him to like me.

I miss our conversations and the filthy sexts that made me blush, though now that Jamie no longer visits my chatroom, I miss his money more. 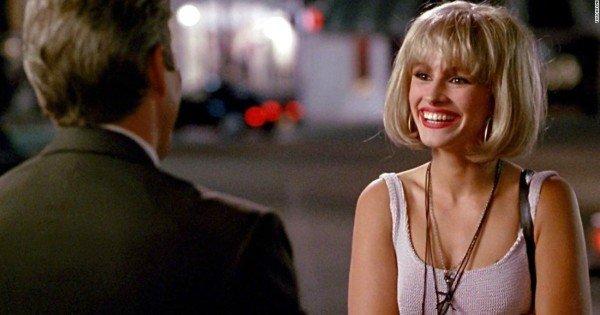 Hara Lim, a sex worker in Long Beach, California who recently ended an eight-year relationship with her sugar daddy, said some sex workers she knows refuse to offer "girlfriend experience" or similar services that might offer clients the opportunity to get too close. "Sex work can be a lot of intimacy, and you spend so much time with these johns," Lim said. She believes anyone who performs this kind of intimate work could potentially develop genuine feelings for their client, regardless of their experience level.

"Relationships sex workers form with clients can be genuine, but the money is always the bottom line, said Luna Luz, an artist and sex worker based in Pittsburgh. Luz said that when she or clients start to feel confused about that, it's time to say goodbye, but admitted, "It's a little bit trickier when you build a genuine fondness and a real bond with them." She was new to phone sex when she became close with one of her first callers. "Being able to just have

pleasant conversations with someone while getting paid was amazing," Luz said. "Between conversations about his particular fetish, we would just recount our everyday lives to each other," Luz said.

After about a month, Luz's client worried about how much he spent on their calls. "He offered to call only about his fetish, and that any other conversation could be through Twitter," she said. As much as Luz enjoyed talking to him, she wasn't sure if she could afford to keep chatting outside of her paid line. "I made it very clear that, even if the emotional labor is pleasant, it's still labor that must be paid for," Luz said. "I could sense his sadness about it, but he understood." The next day, his profile was gone. "Because it was my first time experiencing this with a client that I built a genuine fondness for, it did sting sort of like a breakup, or the end of a friendship. I had to get used to not having that interaction with him every day," said Luz. "[But] the longer I've been in sex work, the easier it gets to accept that these sorts of relationships eventually come to an end."

Beyond mutual camaraderie, genuinely romantic feelings can blur professional lines for both sex workers and their clients. Twenty-nine-year-old cam model and professional dominatrix Julia Ryan was 19 and fairly new to sex work when a madame friend introduced her to a client who was attractive, successful, and generous. "He lived in Texas, so he would come out to see me in Tennessee four to five times a month," Ryan said. "He always took me to the most amazing restaurants and bought me gifts." Ryan fell hard. "The sex was out of this world-I was gaga over him. He made me feel so special, and even talked about marriage."

Ryan believed he loved her, but she couldn't shake the suspicion that he was too good to be true. During one of their last dates, the client stopped to make a quick run into a store, leaving Ryan alone in his car. She dug into the glove compartment, where she found insurance paperwork with another woman's name on it. "I Googled her later and found all her social media and her business stuff," said Ryan. "He led me to think he was single and just worked a lot, and hid the fact that he had a full-blown family." Ryan was furious and hurt. "I confronted him and slapped him across the face. I was so mad, I ripped up the envelope of money he gave me that final night." The client didn't argue with her or try to defend his behavior, and after he walked away, they never spoke again. "I blocked him on everything-total ghost mode," said Ryan. Despite how hurt she felt, she still remembers their relationship somewhat fondly: "He was the first guy to ever make me squirt across the room," she said.

As in my case, losing a favorite client can be more bittersweet than explosive. Lorence Vennes, a sex worker in Vancouver, was both happy and heartbroken when one client decided it was time to move on. "When we first met, he was shy and reserved. It made me weak in the knees," she said. "I related to that shyness." Over time, Vennes's client started feeling more comfortable around her, and their conversations became personal. "I really began to enjoy being by his side. I remember us cheering each other on in our goals," Vennes said. "He was an amazing cook. He often gave me extra homemade jams and jellies he made, while telling me about these free online university courses he listened to while preparing them."

After a few years, Vennes was surprised when her client said they needed to have a serious, strictly platonic talk. "My palms immediately got sweaty," she said. The client said he could no longer see Vennes, because, thanks to her, he'd met someone. "He explained that during the talks he and I shared over the years, he had gained the confidence to date and ask for what he wanted in a relationship. He had met a partner to share that journey with. It was beautiful to see him take that leap of faith." Vennes and her client no longer keep in touch, but she cherishes the time they spent together. "I still think of him and smile, and I wish him the best," Vennes said. "A heartbreak can sometimes be unexpectedly sweet."