Conversations on female reproductive biology have long been muted. The duct tape is often applied by religious and conservative sects that historically view even the most basic utterances of sexual education as lewd. The result? A fundamental lack of understanding of reproductive health by sexually active people - including by people who can get pregnant.

In light of Texas' controversialsix-week abortion ban, it is therefore all the more reason to address the science behind pregnancy, and illustrate why anti-abortion activists have yet again missed the boat:

Anti-abortion activists love to tell you you're killing babies, yet there are at least four distinct scientific terms relating to human development that should not be used interchangeably: zygote, embryo, fetus and baby.

A zygote is an egg cell that has been fertilized with a male gamete, or sperm. Contrary to popular thought, this is not the start of a pregnancy. The weekly calendar count actually begins on the first day of the pregnant person's last menstrual period, often a full two weeks prior to fertilization. The zygote marks the combination of DNA. Pregnancy tests are reliable starting about 10 days after this time , which can total nearly four weeks after the start of the pregnancy. Accordingly, the average pregnancy is not detected until four to seven weeks, with zero guarantee of carrying to full term at this stage. In fact, it's estimated that upto 50% of fertilized ovums this early result in miscarriages . 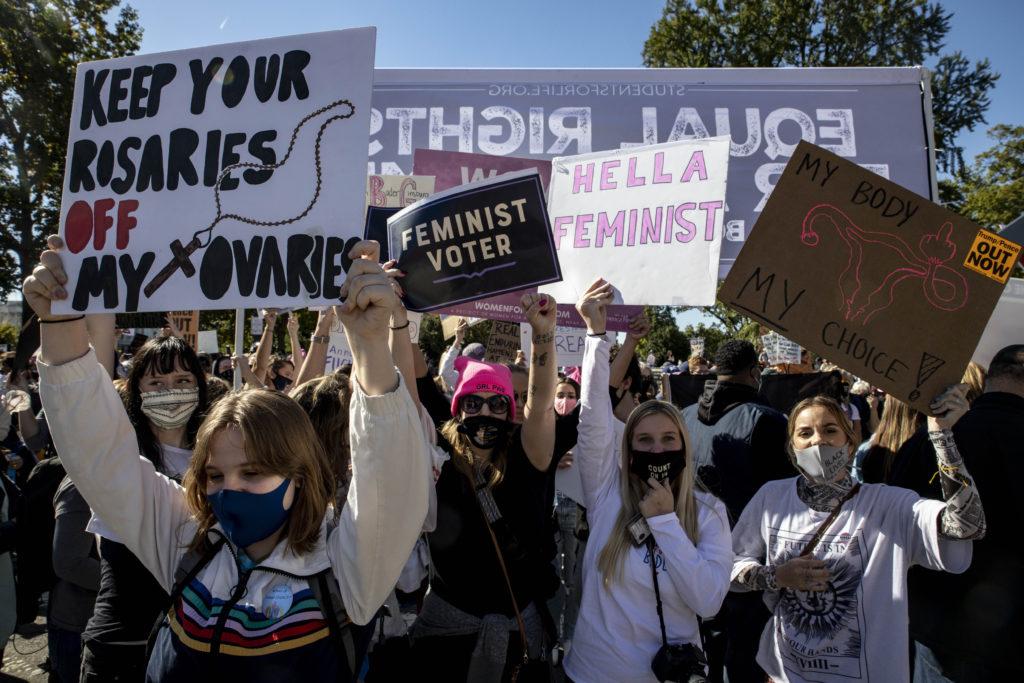 After fertilization, the zygote will form into a blastocyte and then an embryo. This cluster of cells begins to map head versus tail and primitive systems. Only after the eighth week of pregnancy is the term fetus applied. There remains no guarantee of successful development, and rates of miscarriages throughout the first trimester stay as high as 20%.

The fourth term, baby, does not apply until the fetus is delivered from the womb. Given the limits on viability, this renders phrases such as "unborn baby" or "unborn child" misleading, as they make assumptions of viability that cannot be determined.

At six weeks, the embryo - not fetus - does not have a fully functioning heart. Instead, an ultrasound detects electrical activityin localized primitive cells of the embryo that will later go on to develop into a full cardiac system. With absolutely no guarantee of viability at this stage - for either the heart or the pregnancy - defining the embryo as having certain viability is scientific nonsense.

Poll after poll shows the majority of Americans agree that abortions should be legal in all or most circumstances, while only 39% believe they should be illegal.

Despite many in medicine, fetal viability remains a gray zone under . Even at 24 weeks, 30% to 40% of preemies do not survive despite robust medical intervention. It is not until 28 weeks that survival rates reach 80% to 90%, although some that survive will continue to experience long-term symptoms of underdevelopment. Romanticizing potential viability of an embryo or fetus prior to this stage is unscientific and causes much emotional harm.

Most people don't regret getting an abortion

Over of people who received an abortion said in a five-year follow up study it was the right choice for them.

Poll after poll shows the majority of Americans agree that abortions should be legal in all or most circumstances , while only 39% believe they should be illegal. This sentiment is well enshrined in the landmark case Roe v. Wade, and despite misinformation attempts by anti-abortion activists, reasonable fetal viability is not seen until well near 28 weeks.

It's critical to note that recognizing the science of human development in no way belittles the birthing experience for those who become pregnant, yet dismissing the nuanced biology can have severe negative impacts on those who are forced to carry an embryo or fetus against their will. The changes required to break misinformation cycles are extensive, and include addressing the lack of diversity and scientific expertise in leadership. For example, in Colorado, voters have never elected a woman to governor, U.S. Senate or Denver mayor. This creates a dearth of experiences and narratives, leaving men like Gov. Jared Polis, Sen. Michael Bennet, Sen. John Hickenlooper and Mayor Michael Hancock to be responsible for nearly 50% of constituents with whom they do not share reproductive biology.

Colorado Newsline is part of States Newsroom, a network of news bureaus supported by grants and a coalition of donors as a 501c(3) public charity.

Without adequate representation, pregnant people rely on the voices of our allies to educate and combat misinformation. If they aren't comfortable discussing female sexual health, then perhaps they ought to cede ground to the women and scientists who are.