Home > Blog > Can You Have Sex with a UTI? Transmission, Effect on Recovery, More

Can you have sex with a UTI?

Urinary tract infections (UTIs) are common. UTIs can develop anywhere in the urinary tract, from the urethra to the kidneys. Symptoms include:

Although these symptoms can be irritating, they won't prevent you from having vaginal sex. That doesn't mean you'll feel up to it, though. A UTI can irritate the sensitive tissue in your urinary tract, and sexual activity can irritate those tissues even more.

Sexual activity can also increase your risk of complications and potentially put your partner at risk. That's why doctors usually recommend that you wait to have sex until you're symptom-free and you've finished your entire treatment.

A UTI may irritate and inflame the sensitive tissues in your urinary tract. Any penetrative object - fingers, a toy, or a penis - can put pressure on the urinary organs during vaginal intercourse. The urethral opening of a penis can be irritated from a UTI, too. These symptoms can lead to additional pain and discomfort during sex.

Unless you use a dental dam, you shouldn't receive oral sex while you have a UTI. This can help prevent the spread of any bacteria from the penis or vagina to the mouth. These bacteria could cause a secondary infection.

If you're eager to engage in sexual activity before your infection is cleared up, work with your partner to find a style or position that is comfortable and enjoyable. If you continue to have pain despite your UTI treatment, make an appointment and follow up with your doctor.

Sexual activity is one of the most common ways bacteria get into the urinary tract. Ninety percent of UTIs are the result of Escherichia coli bacteria that have found their way into the urethra and beyond. 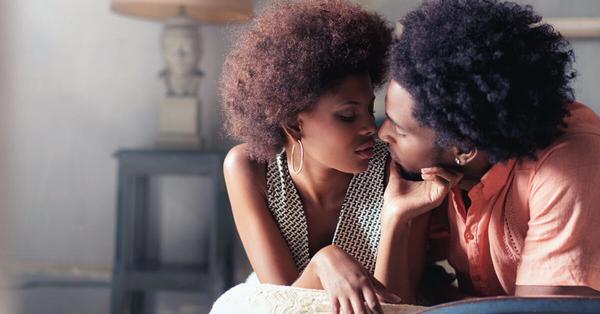 E. coli bacteria are most often found in the gastrointestinal (GI) tract or feces. These bacteria may move from the anus or GI tract onto you or your partner's hands, mouth, genitals, or a sex toy.

Sex can also push bacteria further into your body through penetration, which sets up a higher likelihood of an infection. If you already have a UTI, penetration may reinfect you or introduce a new source of bacteria. This can lead to a longer recovery time.

A UTI isn't a sexually transmitted infection (STI), and it isn't considered a contagious condition. However, you can pass the bacteria that causes a UTI between partners.

In some cases, the UTI may actually be a side effect of an STI, such as chlamydia or trichomoniasis. These infections can be passed between partners.

If you decide you want to engage in sexual activity despite your UTI, there are a number of tips to keep in mind.

If you have the sudden urge to pee, take a break. Holding urine in when you have to pee may increase your risk for another UTI or complicate your symptoms.

Pee before and after sex

It may seem tedious and less than romantic, but you should head for the loo as soon as the deed is done. This way, you can flush out any bacteria that may have found their way into your urethra.

Reduce your risk of spreading bacteria by not moving from vagina to anus, or vice versa. Also, avoid oral sex to prevent a secondary infection.

Talk with your doctor

If you have questions about what's safe to do while you're treating a UTI, talk with your doctor or a nurse. Your doctor should also let you know if the medication they're prescribing will interfere with any other medications you take, such as oral contraceptives.

If you're still unsure whether it's safe to engage in sexual activity with a UTI, talk with your doctor.

You should also talk with your doctor if you experience any new symptoms, such as:

If your symptoms remain after you've finished taking your antibiotics, you should schedule a follow-up appointment with your doctor. Your symptoms may be the result of another condition or a secondary infection.