It doesn’t take a scientist to know that the coronavirus crisis is rife with stressors and challenges that would shake up even the healthiest of relationships. Maybe the pandemic is acting as a pressure cooker for relationship problems you already had or maybe it’s serving as a playing field for new, unexpected discoveries. Hell, maybe the pandemic has even been good for your relationship and it’s kind of throwing you for a loop. Whatever it is, you might be wondering if your experience is normal. And while “normal” is pretty dang subjective, there’s a good chance you’re not the only one navigating new feelings about a relationship, positive or negative.

To help normalize the various ways the pandemic might be impacting your romantic relationships right now, I asked both therapists and everyday people to share what’s coming up in their sessions and their personal relationships too. If you can relate, you’re definitely not alone. (Some responses have been edited and condensed for clarity.)

You probably didn’t expect your problems to magically disappear because of the pandemic, but that doesn’t mean it’s not difficult to continue to struggle with them now. “When we go through a major crisis, it tends to highlight the things that couples have already been struggling with,” sex and relationships therapist Emily Jamea, Ph.D., L.M.F.T., L.P.C., tells SELF. “So couples who were already having some issues might see these things come to a head, whether it was a big issue like trying to recover from infidelity [or] smaller issues like arguing about finances or childcare.”

2. You’re anxious about fast-tracking your relationship.

When social distancing measures became stricter, many couples who didn’t live together were faced with the decision: Stay apart for an undefined amount of time or buckle down together. For those who chose to shack up, it’s natural to feel a lot of uncertainty, regardless of how things are going.

“My partner moved in with me at the end of March and it’s been going well,” Leigh M., 27, tells SEL 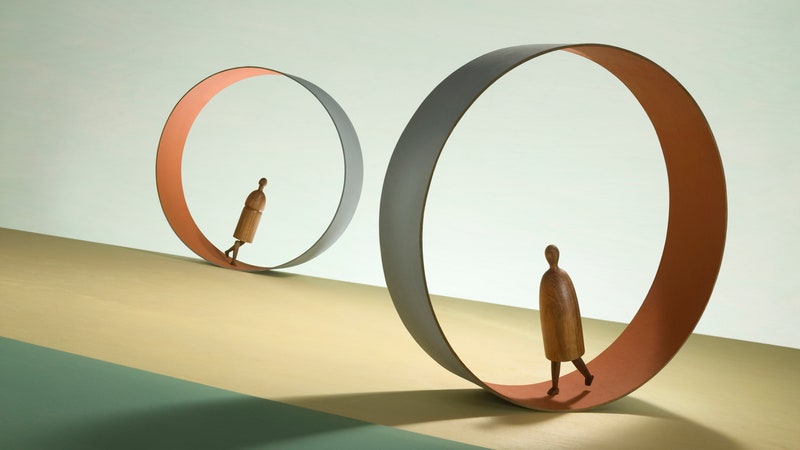 F. “But without the pandemic, I think we wouldn’t have moved in together for at least another year. It’s weird to think about and I’m worried that not being able to take this step intentionally instead of out of necessity will catch up with me.”

Speaking of moving in together, if you took the plunge because of the pandemic and are grappling with the decision, don’t be too hard on yourself. Relationship therapist Kiaundra Jackson, L.M.F.T., tells SELF that she’s seeing a few couples who are struggling with the pandemic move-in. “They came to me and they were embarrassed because things were rocky and they needed help already, but it’s okay,” she says. “This is an unprecedented time and it calls for different measures.”

3. You’re fighting more than ever.

There’s no understating how difficult things are right now, so plenty of couples who rarely fought before—or at least who considered themselves good at fighting constructively—are dealing with an expected surge of quarreling. “We slept in separate rooms for the first time in 10 years of marriage,” J.R., 39, tells SELF. “We both fought, both cried, and I was already panicking about porce in the middle of a pandemic.”

Jamea notes that “porce” is getting tossed around a lot in sessions with her clients too, but she cautions against making any major decisions amid the crisis, especially if this is the first time it’s coming up. “We don't tend to think very clearly when our nervous systems are in overdrive and our anxiety is through the roof,” she says.

4. You’re handling being apart just fine (and you’re maybe kind of worried about it).

If you weren’t already living together and decided not to cohabitate through the pandemic, struggles around a newly “long-distance” relationship might seem pretty straightforward. You expect to miss each other, to fumble through virtual dates, and to work on stepping up your communication game. But those aren’t the only feelings coming up right now.